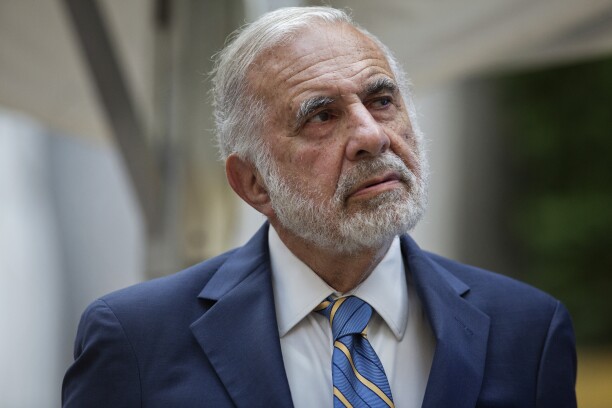 The number of companies targeted by shareholder activists hit an all-time high in 2018, as more investors launched campaigns, lobbied for and against deals and increasingly cast their eyes on Europe.

This spike in activity coincided with the return of billionaire Carl Icahn to the activist scene after a sojourn in Washington as a special adviser to President Donald Trump. Icahn pushed for higher prices on several transactions, including Michael Dell’s plans to return his eponymous tech giant to the public markets and Amtrust Financial Services’ plans to go private. He also broke up Fujifilm Holdings Corp.’s takeover of Xerox Corp.

“Activism against M&A reached an all time high this year,” said Kai Liekefett, partner and chairman of the shareholder activism practice at law firm Sidley Austin LLP, noting Icahn led the charge. “He’s about to perfect the art of getting higher deal prices out of buyers.”

Activists have fought a total of 240 activist campaigns against 218 companies with a market value of more than $500 million so far in 2018, according to data collected by Lazard Ltd. That compared to 194 campaigns against 169 corporations last year. The total number of funds leading campaigns rose to 133, up from 109 last year and 49 five years ago, the data show.

The increase is, in part, due to more first-time and non-traditional activists agitating for change, said Jim Rossman, head of shareholder advisory at Lazard. More established activists are also shifting the paradigm by shunning traditional proxy fights. Instead, they’re being more vocal earlier, telling corporations what changes they think are necessary to avoid a messy and costly public fight.

Dan Loeb’s Third Point, for example, released open letters at Nestle SA and told its own investors what it would like United Technologies Corp. to change. Bill Ackman has also openly discussed his Pershing Square Capital Management’s investments in United Technologies and Starbucks Corp.

“It doesn’t add to the value of an asset to have the manager distracted in a proxy fight,” Rossman said. “If they can help the company and the activist avoid a proxy fight, they’re going to express their view. It’s an elevation of the game.”

Paulson & Co., the New York-based hedge fund run by billionaire John Paulson, led a campaign that this month replaced the majority of the board at Canada’s Detour Gold Corp. Paulson teamed up with at least three other investors who voted in a bloc to overcome a recommendation from two shareholder advisory firms that fewer of the dissident directors be elected.

“I expect you’ll see more of those types of campaigns as you see the successful outcomes,” Dubner said.

By and large, mega-cap companies were able to avoid messy proxy fights in 2018, unlike in previous years when conglomerates such as Procter & Gamble Co. came into activists’ crosshairs.

“That break will come to a screeching halt in 2019,” Liekefett predicted. “I’d be very surprised if we didn’t see a couple of mega-cap proxy fights.”

Another major trend set to continue into 2019 is U.S. activists looking to Europe for targets. Elliott has been the most aggressive so far, launching a proxy fight at Telecom Italia SpA and taking stakes in iconic European companies like Bayer AG, Pernod Ricard SA and others.

“Why Europe? Valuations are better,” Rossman said. “There are more conglomerates. It’s the big and midsized companies that are more vulnerable.”

While proxy rules are different in Europe, companies’ shareholder rosters are becoming increasingly similar to their U.S. counterparts, with asset manager BlackRock Inc., Vanguard Group Inc. and T. Rowe Price Group Inc. all investing overseas. The number of campaigns focused on Europe has increased from 27 in 2013 to 53 so far this year, the Lazard data show.

“If you look at the register of most European companies, they are dominated by U.S.-based shareholders. Trillion-dollar asset managers,” he said. “It’s shifting the culture in Europe to one that is more shareholder-centric.”

Aneliya Crawford, a partner with law firm Schulte Roth & Zabel LLP, has been busy preparing strategic and governance analyses of potential European targets for the firm’s U.S. activist clients. That’s a shift from past years when the bulk of her time was spent educating clients on local laws and how a campaign in Europe might differ.

“It would scare people off because it’s an unfamiliar, new landscape,” Crawford said. “Now, people are not nearly as fazed. As long as they feel there is a strategic path and they feel that the value is there, people are not concerned that they will be playing by different rules.”

As well as first-time activists, traditionally passive investors and even private equity firms have been publicly pushing for changes at companies this year, said Andrew Freedman, co-chair of the shareholder activist practice at law firm Olshan Frome Wolosky LLP. In particular, there’s been an increase in executives trying to shake things up at former employers, either by themselves or alongside an activist, he said, pointing to campaigns at Arcturus Therapeutics Ltd. and Perry Ellis International Inc.

At Newell Brands Inc. and EQT Corp., former executives from companies that were taken over have come back to push for changes at their acquirer.

The common thread is that the antagonists believe they have an answer to what’s ailing the company and already own a significant chunk of the stock, Freedman said.

“The ouster of former CEO and founders has been at all time high over the past five years as shareholder activism has gained more clout,” Freedman said. “It’s not surprising that you have founders and former CEOs adopting the same activist tactics.”

To contact the reporter on this story: Scott Deveau in New York at sdeveau2@bloomberg.net

To contact the editors responsible for this story: Elizabeth Fournier at efournier5@bloomberg.net Michael Hytha