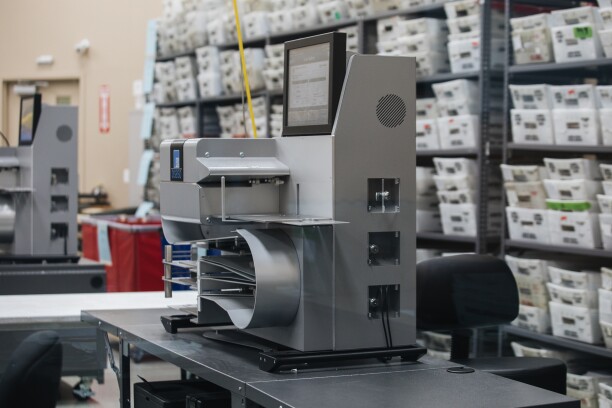 An electronic counting machine sits on a table during a recount at the Broward County Supervisor of Elections office in Lauderhill, Florida, U.S., on Monday, Nov. 12, 2018.
Photographer: Jayme Gershen/Bloomberg

The National Voter Registration Act only requires a reasonable effort to remove voters based on death or change of address, which the county election supervisor satisfied by searching government records, the U.S. Court of Appeals for the Eleventh Circuit said.

The American Civil Rights Union sued former Broward County, Fla., election supervisor Brenda Snipes under the NVRA and Help America Vote Act for failing to make a reasonable effort to remove ineligible voters from the county’s registration list. The ACRU said it “compared registration totals to population data and concluded that Broward County had an ‘implausible’ registration rate, yielding the strong inference that the County had inadequately maintained its voting lists.”

The Eleventh Circuit held that Snipes maintained the list reasonably. The NVRA only requires a reasonable effort to remove ineligible voters based on death or change of address. Snipes satisfied the requirement by examining a Postal Service database for possible address changes, and death records from the Florida Department of Health and U.S. Social Security Administration, the court said.

The court rejected the ACRU’s argument that the NVRA required Snipes to purge voters on grounds like criminal conviction and mental incapacity, finding that the “unambiguous” language of the statute only requires a reasonable effort to remove voters based on death or change of address.

“Although the statute also allows and encourages the states to conduct additional programs of list maintenance—and indeed the states have administrative and other incentives to do so—the statute requires nothing more of the state,” the court said.

The district also didn’t err in discounting ACRU’s evidence that Broward County’s registration rates exceeded the total number of county residents, because it was “faced with dueling expert testimony” about the numbers.

The HAVA claims failed because the law doesn’t include a private right of action, the court said.