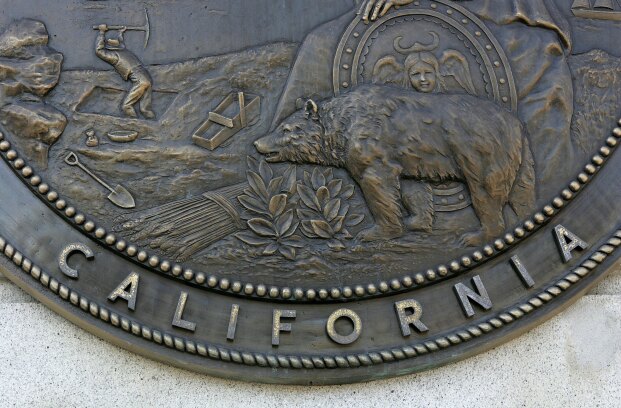 A section of the California seal hangs on the front of the State of California Earl Warren building January 22, 2007 in San Francisco, California.
(Photo by Justin Sullivan/Getty Images)

A California task force aiming to broaden access to legal services now has a few more months to make its final recommendations, as debate continues about whether nonlaywers should be allowed to assist consumers with legal matters.

The changes would broaden the range of those who can provide legal services in the state, to potentially include tech companies and the Big Four accountancies, which some in the industry see as threat.

Proponents of the changes say they would help bring much needed access to justice.

The State Bar of California’s Board of Trustees last week granted a motion to delay the final recommendations of the Access Through Innovation of Legal Services (ATILS) panel from Dec. 31 to March 31 of 2020. The board recognized that the panel needs more time to “synthesize” the more than 2,800 comments it received in response to proposals.

Some members of the 23-person task force said the delay was a relief. “It’s really so that we can make a fair and candid evaluation of the public comment we’ve received,” said ATILS member Kevin Mohr, a professor at Western State College of Law. “We haven’t had time to digest those comments.”

A preliminary look at the comments showed most of the lawyer-respondents were critical of one or more of the 16 proposals from the task force.

State Bar staff also suggested at the Trustees’ Nov. 14 meeting that the task force should solicit feedback directly from the public—as opposed to attorneys, who may have different concerns about how a changed system could impact them. That said, insufficient time and budget may prevent the task force from undertaking a new study, said ATILS vice-chair Toby Rothschild.

By allowing for nonlawyer ownership of law firms, changes in California could allow alternative legal service providers and the Big Four—PwC, Deliotte, KPMG, and EY—to gain broader entry into the U.S. legal market, critics say. A possible Big Four incursion has been a cause of concern among some Big Law leaders.

Aside from in the Golden State, task forces in nearby Arizona and Utah are also weighing significant changes aimed to enhance access to justice.