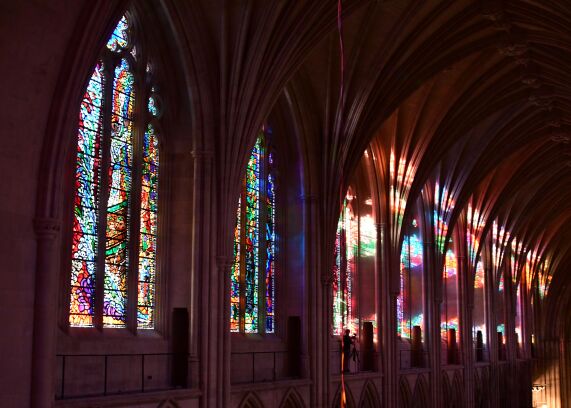 The U.S. Supreme Court is being asked to take up a religious autonomy question.
Eva Hambach/AFP/Getty Images

A Christian school is urging the U.S. Supreme Court to stop alleged zoning discrimination, and a dissent from a Trump shortlister for the high court might help.

The request by the Tree of Life Christian Schools was up for consideration by the justices at this week’s private conference where they decide which cases to hear. A decision on whether they grant review for the term beginning in October could be announced as early as Monday.

The case raises a split among the federal circuits, which is the one of the biggest factors the high court considers in granting a case. Justices Brett Kavanaugh, Neil Gorsuch, and Samuel Alito also have signaled an interest in taking up religious freedom questions.

The dispute arose after the city of Upper Arlington, Ohio, rejected Tree of Life’s bid to operate a religious school in an area zoned for primarily commercial uses.

The U.S. Court of Appeals for the Sixth Circuit ultimately said the zoning ordinance didn’t violate federal law. A provision in the federal Religious Land Use and Institutionalized Persons Act says land use regulation can’t treat a religious institution or assembly “on less than equal terms” with nonreligious ones.

Dissenting, Judge Amul Thapar said his court and others “have forgotten this country’s sacred vow” to protect religious groups. Thapar is on President Donald Trump’s list of potential nominees to the high court and was a finalist to take the seat ultimately filled by Kavanaugh.

“Thapar’s dissent is really what we’re relying on here” in seeking the high court’s intervention, said John Bursch, a senior counsel with Alliance Defending Freedom, which represents the school.

The main question is whether it’s appropriate to consider a locality’s economic goals in determining whether the equal terms provision was violated, Angela Carmella, a professor who focuses on law and religion at Seton Hall law school, said.

“There comes a time with every law when the Supreme Court must revisit what the circuits are doing,” said Thapar, who was appointed by Trump to the Sixth Circuit. “That time has come.”

His dissent could entice four of the court’s conservative justices, which is the number needed to grant review.

Steven K. Green, a professor who is the director of the Center for Religion, Law and Democracy at Williamette University law school in Salem, Ore., said the circuit split “may be enough” to pull in four justices.

Evan J. Seeman said his firm is watching the case closely because it defends “municipalities across the country against similar claims of discrimination brought under” the act. He’s counsel at Robinson & Cole in Hartford.

The building that Tree of Life purchased in hopes of operating it as a school used to be the headquarters for AOL Time Warner.

It’s the only large office building in Upper Arlington and “is the last jewel of economic development in a land-locked inner-ring suburb,” Shawn Judge, who represents the city and is of counsel with Isaac, Wiles, Burkholder & Teetor in Columbus, Ohio, said.

The zoning to encourage office use has “nothing to do with religion and everything to do with a simple, pragmatic approach to generating enough money to provide city services,” Judge said.

Bursch said the city has missed out on $1 million in tax revenue that the school could have paid to Upper Arlington if it had been operating during the litigation.

Religious organizations are often unable to acquire new property because they either don’t generate enough revenue for a commercial zone, or they generate too much traffic for a residential zone, the school argues.

One law professor says such groups aren’t prevented from setting up in neighborhoods.

The act has “been a nightmare for thousands” in residential neighborhoods because religious groups have been effective in threatening local governments with litigation, Marci A. Hamilton, a professor at the University of Pennsylvania, said.

Those governments cave in to pressure “too often,” leaving residents with construction in their “own backyard” that they never expected, though some fight back, Hamilton said.

Judge, the city’s attorney, said that the school’s interpretation of the act would change it from a valuable tool to fight religious discrimination “into a federal mandate that any land uses claiming to be religious” can be used as a weapon to invalidate any zoning restrictions.

Hamilton said the high court needs to address whether or not local land use is protected by federalism principles that would respect a municipality’s legitimate zoning criteria, or whether the federal government can take control of local land use through statutes like the act.

To win on an equal terms claim, a plaintiff must establish that nonreligious land uses, known as “comparators,” are treated better in a certain zoning district than religious uses, Robinson & Cole’s Seeman said.

In the Second, Tenth, and Eleventh Circuits, a religious entity must simply show unequal treatment compared with any nonreligious institution or assembly, according to Tree of Life’s petition for Supreme Court review.

In contrast, the Sixth Circuit here required that the nonreligious comparators be “similarly situated with regard to legitimate zoning criteria,” such as a requirement to generate tax revenue. That approach is similar to that of the Third, Fifth, Seventh, and Ninth Circuits.

To contact the reporter on this story: in Washington at pgregory@bloomberglaw.com