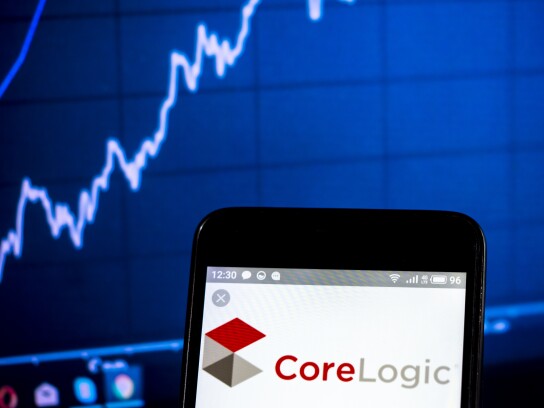 CoreLogic Inc. has brought on a new leader of its in-house legal department amid a federal antitrust investigation into the real estate brokerage industry, a major consumer of its services.

The Irvine, Calif.-based data analytics company announced Nov. 6 that it had hired F. Aaron Henry as chief legal officer, a role that will see him oversee all legal and compliance functions at CoreLogic.

The move comes five months after the departure of CoreLogic’s former general counsel, Arnold Pinkston, who spent a year and a half in the position. In a late May securities filing, CoreLogic noted that Pinkston left to pursue another job, not due to any disagreement he had with the company.

Pinkston’s June 14 exit followed reports that CoreLogic and other real estate data vendors had notified clients about a request from the Justice Department for documents and answers to questions about how the company handles its business.

CoreLogic, which has a legal services arm, specializes in analyzing data and providing business intelligence to clients in the real estate, insurance, and financial sectors. Those clients include real estate brokerages that rely on companies like CoreLogic for information used by multiple listings services related to buyer broker commissions and property sales figures.

Henry, in his new role as CoreLogic’s legal chief, will be tasked with helping the company manage the legal risks in its data pool. It’s a familiar position for Henry, who spent a dozen years in-house at Western Union Co. before joining rival payment services provider MoneyGram International Inc. as associate general counsel and global regulatory and chief privacy officer in early 2011.

MoneyGram tapped Henry to lead its entire legal department in August 2012. He subsequently helped the Dallas-based money transfer company navigate a thicket of thorny legal matters, including a $125 million fine imposed by the Federal Trade Commission a year ago for compliance issues related to a 2009 settlement with the regulator. MoneyGram now faces shareholder derivative lawsuits stemming from that penalty.

A CoreLogic spokeswoman told Bloomberg Law that Henry would be unable to answer any questions since he still familiarizing himself with his new position.

In a statement, CoreLogic CEO Frank Martell said that Henry’s experience “building high-performance teams, combined with a strong knowledge of global regulatory matters, compliance, government and external affairs, and litigation management will serve him well in his new role.”

At CoreLogic, Henry joins a law department that has cycled through several top lawyers in recent years.

Pinkston, a former general counsel at Allergan Inc., where he helped the drug giant fend off a hostile takeover from Bill Ackman’s Pershing Square Capital Management, succeeded Theologides at CoreLogic. After leaving the company in June he became general counsel at medical equipment maker Edwards LifeSciences Corp. He did not return a request for comment about Henry’s hire by CoreLogic and the legal challenges facing his former employer.

In June, CoreLogic named to its board of directors J. Michael Shepherd, a former general counsel at The Bank of New York Mellon Co. Inc. and Shawmut National Corp. Shepherd, who also once served as special counsel at Sullivan & Cromwell and a partner at the now-defunct law firm Brobeck, Phleger & Harrison, is currently chairman of the Bank of the West and its parent BNP Paribas USA.

Bloomberg Law data shows that within the past three years, Troutman Sanders has handled nearly 40% of CoreLogic’s litigation work, appearing 15 times for the company on matters ranging from consumer credit to labor cases. Foley & Lardner, Bryan Cave Leighton Paisner, and McCarter & English are other law firms that CoreLogic has turned to in court during that same timeframe.

Federal lobbying records show that CoreLogic has paid $100,000 so far this year to Geoffrey Gray, a Bethesda, Md.-based lobbyist with close ties to the financial services industry. Gray is lobbying on data privacy and security issues, as well as the “reform of the regulation of Fannie Mae and Freddie Mac,” both of which are poised to be privatized by the Trump administration.

Meanwhile, the transition of MoneyGram’s law department is already underway.