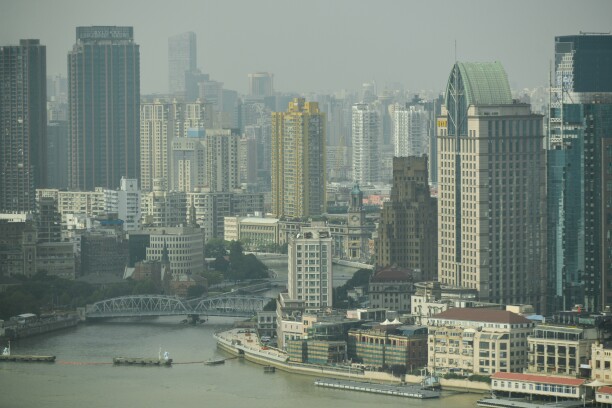 A view of Shanghai center from Lujiazui financial district. On Saturday, 28 October 2017, in Shanghai, China.
(Photo by Artur Widak/NurPhoto via Getty Images)

Crowell & Moring International, the Washington-based law firm’s global policy and regulatory affairs consulting affiliate, is launching a new Shanghai office, which will be the group’s first foray into China.

The office will include seven trade, transactions, and tax professionals, a group that will include lawyers, designed to support multinationals who need assistance with cross-border transactional and regulatory issues.

The four-lawyer team and the new Shanghai office were announced simultaneously, according to a firm spokeswoman, as members of the Shanghai office team were formerly at Bryan Cave as well.

Chuck said he will also spend time in Shanghai, where he used to work as head of Bryan Cave’s China practice.

The four-lawyer team will be re-joining old colleague David Stepp, who jumped from Bryan Cave last August to Crowell & Moring in Los Angeles.

“It’s an extraordinary opportunity to grow,” Chuck said of his move to Crowell & Moring. He cited the strength of the firm’s international trade and related practice groups as a major reason for his switch.

Chuck said he was also excited to work with Robert Holleyman, a partner in the firm’s international trade group, and president and CEO of Crowell & Moring International. Holleyman served as deputy U.S. trade representative responsible for Asia from 2014 to 2017, and held the rank of ambassador in that position.

He said the ongoing trade tensions between the U.S. and China are also presenting unique opportunities for trade lawyers with a Chinese presence.

“I would say these are unprecedented and turbulent times,” said Chuck.