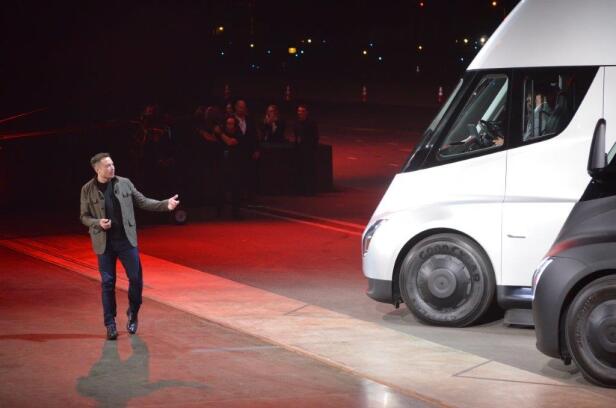 It’s a mystery: Who, exactly, is Elon Musk’s Twitter Sitter? And what the heck is he or she thinking?

Tesla Inc. has declined to identify the in-house lawyer who is supposed to watch over Musk’s prodigious -- and legally contentious -- tweeting habit. Now that the billionaire is once again courting trouble with the Securities and Exchange Commission via Twitter, the question of who, if anyone, can reel him in has taken on new urgency.

“It’s the most unique job in the world,” said Gene Munster, managing partner at the venture capital firm Loup Ventures. Considering that Musk shows no sign of backing down even after the SEC asked a judge Monday to hold the Tesla chief executive officer in contempt of court, “it adds a layer of complexity to this person’s job.”

The terms of a settlement with the SEC last year require that Musk get approval before communicating material information to investors. His social-media minder didn’t bless a Feb. 19 post in which he boasted the electric-car maker would produce 500,000 vehicles this year.

The sitter -- whose official title at Tesla is alternately Disclosure Counsel or Designated Securities Counsel -- did step in after seeing the offending tweet and arranged to meet Musk to draft a clarifying post. That one went out to his 24 million followers four hours after the first and said that, actually, deliveries would reach about 400,000, a number in line with the one the company used in a letter to shareholders.

The SEC wasn’t mollified. It issued the contempt-of-court request, arguing the first post breached last year’s agreement, which settled claims that Musk misled investors with tweets about taking the company private. Tesla’s attorneys contend what he wrote just echoed what had already been said on an earnings call.

Musk took to Twitter to back up that position, saying the SEC had failed to read the transcript of that call and adding, “How embarrassing...” In another post, he piled on: “Something is broken with SEC oversight.”

U.S. District Judge Alison Nathan told Musk on Feb. 26 to file a brief responding to the contempt-of-court request by March 11.

An outside lawyer for Tesla, Bradley Bondi, has already defended the CEO, and the sitter, to the SEC.

So anyway, who is this sitter? There was speculation that Dane Butswinkas, Tesla’s recently departed general counsel, had the gig, though that seems unlikely. The agreement with the SEC never specified that the person had to be the general counsel. He or she merely had to be an experienced securities lawyer. In any event, Butswinkas left on Feb. 20, and the Feb. 25 filing by the SEC suggests the person is a current employee.

The agency knows who it is, but isn’t saying. Natalie Strom, a spokeswoman for SEC Chairman Jay Clayton, said the regulator had no comment on the case beyond what was in the Feb. 25 court filing.

To contact the reporters on this story: Dana Hull in San Francisco at dhull12@bloomberg.net; Ben Bain in Washington at bbain2@bloomberg.net

To contact the editors responsible for this story: Craig Trudell at ctrudell1@bloomberg.net Anne Reifenberg, Melinda Grenier