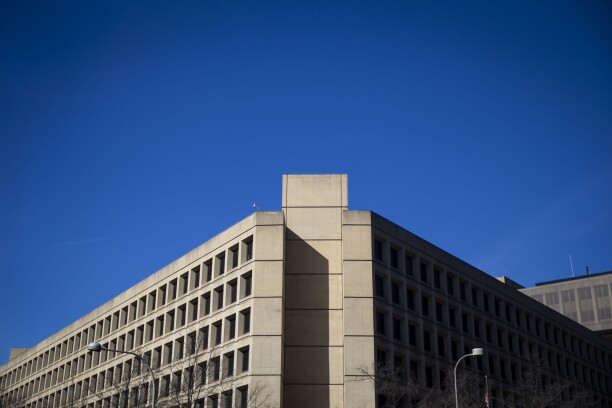 He will be resuming his investigations practice, with a focus on national security matters. He plans to counsel clients on new and emerging risks including those associated with acquisition, investment, contracting, and supply chains.

At the FBI, Harmon had a senior role in cases spanning a range of government investigations and enforcement actions, working with key government agencies as well as Congress and foreign governments. He became FBI chief of staff in January 2018, following Wray, who became the bureau’s eighth director in August 2017.

In June, Paul Murphy, another King & Spalding attorney, stepped in to replace Harmon in the FBI chief of staff role.

Wick Sollers, head of King & Spalding’s government matters practice, said in a statement Harmon will be leading and growing the firm’s national security practice which “our clients have identified as an area of significant need.”

“Zack’s service at the FBI comes at a critical time in our country’s efforts to combat geo-political, cyber, and other national security threats against our most important industries and business interests,” Sollers said.

King & Spalding also noted that Harmon’s practice will complement the firm’s international trade practice, which advises clients in areas such as foreign investment transactions. He will also resume his prior Foreign Corrupt Practices Act practice, to counsel individuals and corporate clients on compliance with the law.

Harmon first joined King & Spalding in the mid-1990s. He then took a job in the Justice Department, where he was appointed in 2000 to the presidential commission that investigated the FBI’s national security and counterintelligence programs in the aftermath of special agent Robert Hanssen’s espionage. Harmon also worked with the FBI leadership on reorienting the agency’s mission following the 9/11 attacks.

Harmon rejoined K&S in 2003 and became a partner and then deputy leader of the firm’s special matters and government Investigations group.

Aside from picking up the FBI and Justice Department alum, King & Spalding has also announced it’s hired new firepower for its corporate, finance and investments practice group in New York. Jonathan Arkins has joined the firm from Arnold & Porter Kaye Scholer.

Todd Holleman, head of the practice group, said in a statement Arkins is an essential addition “because of his knowledge of the repurchase and supply chain/trade finance space for both U.S. and international banks.”