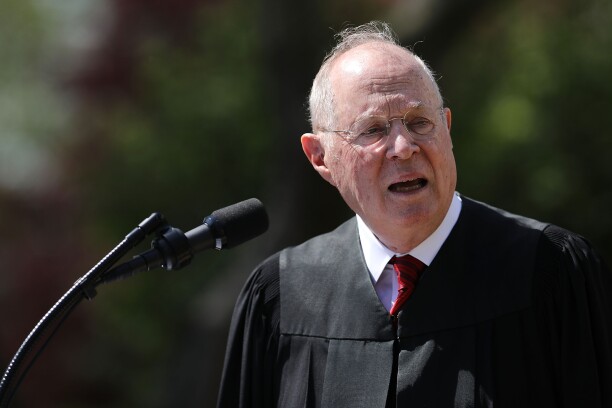 The rule of law, fundamental to freedom and democracy, is being chipped away, according to former Supreme Court Justice Anthony Kennedy.

“Democracy is slipping away, in part by deliberate attack,” and Americans must acknowledge that it is under assault and work to restore the system that binds us, Kennedy said. He told an audience that the United States needs to lead the globe in keeping the law superior to the government and preserving the rights and equality of citizens under the system.

Kennedy made his comments at an April 11 award ceremony at Duke University in Durham, N.C., honoring the retired justice for his efforts to promote the rule of law.

“The verdict on freedom is out around the rest of the world,” the former justice said. The globe is looking for leadership from the United States and “they must be impressed by what they see.”

Current Justice Samuel Alito, also speaking at the event, called Kennedy “one of the most important justices of the modern era.”

Alito also spoke on the importance of the rule of law to our diverse nation and democratic government. Key to that system is that “disputes are decided fairly, they are not decided based on political influence or family connections or wealth or social class or ideology or any invidious ground,” he said.

To contact the reporter on this story: in Raleigh, N.C. at aballard@bloomberglaw.com