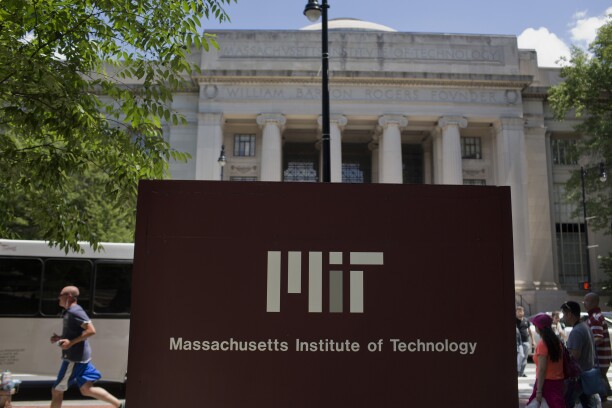 Pedestrians walk near a sign in front of the William Barton Rogers Building at the Massachusetts Institute of Technology (MIT) campus in Cambridge, Mass., on June 30, 2015.
Victor J. Blue/Bloomberg via Getty Images

Goodwin Procter will lead the investigation of ties between the Massachusetts Institute of Technology and disgraced money manager Jeffrey Epstein, the school said.

The university seeks “a thorough investigation of the facts” and that “this work has already begun,” MIT President L. Rafael Reif said.

Joichi Ito stepped down in recent days as head of the MIT Media Lab following news reports that he had attempted to conceal his financial ties to Epstein, which apparently had taken root several years after Epstein pleaded guilty to a sex trafficking charge involving a minor.

Epstein, 66, killed himself while jailed in New York last month on charges of trafficking in minors and conspiracy.

The investigation will explore “all donations received by MIT, both those that came directly from Jeffrey Epstein and his associated foundations, and any donations that may have been received at the direction of Jeffrey Epstein,” Reif wrote Sept. 9 in an email to the MIT community.

The probe will try to ascertain who at MIT may have been aware of the donations. “We have instructed Goodwin Procter to follow the evidence where it leads,” Reif said.

Braceras, and former head of the litigation department in Goodwin’s Boston office, has more than two decades’ worth of experience in white collar criminal defense, securities fraud and complex commercial litigation, according to firm’s website.

Braceras, also vice chair of the Massachusetts Judicial Nominating Commission, has represented both MIT and Harvard University in class actions involving claims seeking greater “accessibility” to various websites, according to the website.

He has researched misconduct investigations and related litigation on behalf of different universities and research institutions.

Chunias is a partner in Goodwin’s securities litigation, white collar defense and business litigation group, who concentrates on government and internal investigations, as well as shareholder, founder, and partnership disputes and litigation, according to her web page.

The Goodwin probe should last about a month, Reif said.