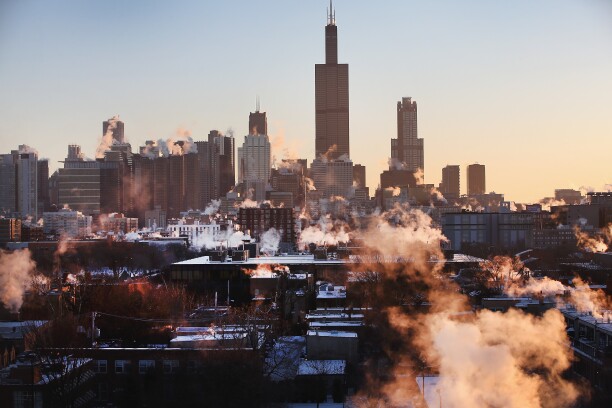 The sun rises behind the skyline in Chicago, Illinois.
Photographer: Scott Olson/Getty Images

Hayes, who spent 16 years as an assistant U.S. attorney in Chicago and who led the 120-lawyer criminal division since 2016, said he was drawn to Holland & Knight by the chance to help build out the firm’s white collar practice in the city and the Midwest.

“The people in this practice group are really impressive people who have a range of government experience, but they also have shown they are outstanding practitioners in private practice,” Hayes said.

Hayes said his background as an FBI special agent also will aid his private practice.

“Your job as an agent is to establish a rapport with people—witnesses, subjects, victims,” he said. “I got a really good sense of how to do that and build relationships and read people. And that’s really important no matter what your role is.”

Hayes left the office at the end of last year, shortly after overseeing a case against Illinois State Sen. Tom Cullerton. The lawmaker was indicted on embezzlement charges for allegedly receiving improper salary and benefits from a local union.

The office has been pursuing investigations into a number of other high-profile politicians.

In October, he oversaw a case that resulted in a $70 million payment by Outcome Health, which admitted to defrauding pharmaceutical clients by selling digital advertising inventory the company did not have. In November, four executives
were charged with crimes.

Christopher Kelly, head of Holland & Knight’s litigation section, said Hayes is “uniquely equipped to engage regulators and law enforcement on our clients’ most sensitive matters and distinctly qualified to litigate those that cannot be resolved.”

Holland & Knight’s white collar and investigations practice is chaired by John Brownlee, the former U.S. attorney for the Western District of Virginia, who joined the firm in 2009.

Hayes’ predecessor as chief of the criminal division, Julie Porter, founded a boutique defense firm, Salvatore Prescott & Porter, when she left the government role in 2016.