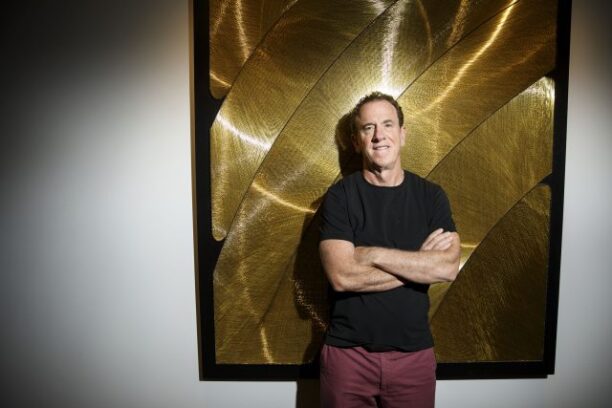 Lawyers at Quinn Emanuel made a fateful decision right before the financial crisis hit: They would stop trying to represent the major financial institutions of the world – a huge source of business for large law firms – and start representing clients who wanted to sue them instead.

Today, after obtaining billions in settlements from the banks over their roles in the recession and other alleged conduct, the firm’s attorney headcount has doubled, revenue has tripled, and top partners have out-earned executives of the banks they’ve recovered billions from.

“We’ve always had a lot of money sloshing around,” John Quinn, the firm’s managing partner, said in a sit-down interview with Big Law Business in the summer of 2017.
In the past year, Big Law Business took a look inside Quinn’s firm, interviewing more than 30 people familiar with the L.A.-based outfit including senior leaders, current and former lawyers, staff, and consultants. Some, like Quinn, commented on the record and others without direct attribution so they could speak more candidly.

They offered insight into how the firm cultivated a colossal book of business, transformed its bottom line, and did so while operating under unusually loose management, where lawyers can wear shorts and flip flops to work and only one person is formally in charge of deciding compensation.

The firm has always generated profits from defending clients in big-ticket litigation, including Google, Samsung and Qualcomm. But its plaintiffs practice against banks like Citigroup, Barclays and Bank of America, is rare for a large law firm and has resulted in more than $25 billion in settlements over the past decade.

Those cases, paid on an hourly basis and sometimes on contingency, have generated tens of millions if not hundreds of millions of dollars in legal fees in a given year, according to court documents and information obtained from a public records request.

One downside, former firm lawyers said, is that the spoils aren’t spread around the firm nearly as evenly as they are at Big Law competitors.

On paper, the firm’s headcount and revenue exploded following 2007, after its lawyers decided to start representing clients who were suing banks over fallout from Wall Street’s role in the financial crisis.

Michael Carlinsky, a partner and founder of the firm’s New York office, said it was his idea to help clients target the banks after representing Italian dairy giant Parmalat in 2005, recovering assets from financial services firms after the company’s 2003 bankruptcy.

“John likes to say it was his—I’m convinced it was my idea,” Carlinsky, dressed in a Mickey Mouse t-shirt and jeans, said in an interview at the firm’s Manhattan office. “We can say we both had the same great idea.”

The decision arose after client conflicts prevented the firm from handling some work in the Parmalat matter because it represented banks, which prompted a review of Quinn Emanuel’s business, Carlinsky said.

“The epiphany was: we’ve got this backwards,” he said. “We need to get rid of our bank clients.”
Carlinsky said the banks had contributed to about one or two million dollars in revenue per year. “They would keep it just interesting enough… but never enough where you went, ‘Wow,’” he said. So going forward, the firm decided, it would advertise itself as hired guns to take on Wall Street.

That selling point stuck when the financial crisis hit.

Quinn Emanuel studied products that wreaked havoc on the economy, including mortgage backed securities. And Philippe Selendy, who’d been recruited from Boies Schiller in 2006, landed representation for the Federal Housing Finance Agency, a regulator tasked with supervising the mortgage market, and MBIA, a bond insurer, to sue the banks.

This work generated hundreds of millions in hourly fees. Between 2010 and 2017, Quinn Emanuel received $364 million alone from FHFA for its work obtaining massive bank settlements, according to information obtained from the agency by Big Law Business through the Freedom of Information Act. Comparatively, the firms’ overall annual revenue in 2007 was $385 million.

Quinn Emanuel is the top biller to the FHFA in financial crisis related litigation, a breakdown in legal fees shows. (Source: FHFA)In total, the firm obtained more than $25 billion in settlements from the banks over their alleged roles in defrauding Fannie Mae and Freddie Mac in the sale of mortgage-backed securities in the lead-up to the recession. Under the settlements, the banks did not admit wrongdoing, but the volume of the accords was historic.

Its work put Quinn Emanuel on the radar of plaintiffs seeking other claims against the banks.

In one case that illustrates how lucrative such matters can be, a federal judge in April 2016 approved a $250 million contingency fee to the firm and a 12-lawyer co-counsel for their roles in obtaining a $1.9 billion antitrust settlement from banks, such as JPMorgan, Citigroup and Credit Suisse. The settlement led to more transparency in their credit default swap business.

“It is important to encourage top-tier litigators to pursue challenging antitrust cases such as this one,” wrote Judge Denise Cote in Manhattan, who oversaw the case.

Quinn Emanuel continued to press its clients’ claims against the banks in 2017, but none came close to the $1.9 billion settlement in 2016. Over the past year, it obtained $28 million from UBS and HSBC over alleged manipulation of a benchmark interest rate, and $65.5 million from Deutsche Bank AG and Bank of America Corp over alleged rigging of the government agency bond market.

“I don’t see any reason why this wouldn’t continue,” said Dan Brockett, a lead partner on the cases when asked whether Quinn Emanuel could keep up its streak.

But earlier this month, Selendy, the lead lawyer who sued the banks over their alleged roles in the recession, departed Quinn Emanuel with seven other partners. And industry analysts pointed to the settling of financial crisis litigation, a boom stock market that produces fewer securities lawsuits, and client pressure to reduce fees, as factors that could present challenges going forward.

“It’s a fair question whether they are going to have the same amount of business now that the 2008 recession litigation has finally scaled down,” said John Coffee, a securities law professor at Columbia Law School.

And, he added, that the plaintiffs’ bar is “going to have some loss in volume” across the board, given the up market.

“If the stock market keeps going up 30 percent, you don’t get massive securities litigation,” said Coffee.

Regardless of what lies ahead, Quinn Emanuel has become more profitable than its peers and its top partners have become what are likely the most highly paid lawyers in Big Law.

According to 2016 figures, the most recent Big Law Business could obtain, some partners earned from $10 million to more than $15 million a year and at least one person topped out at more than $20 million, according to people familiar with the matter.

That kind of compensation would place the highest earners ahead of chief executive officers at some of the banks the firm sued. Bank of America Corp. awarded CEO Brian Moynihan $20 million in total compensation in 2016, while Citigroup Inc. paid CEO Mike Corbat $15.5 million, regulatory filings show. Barclays Plc CEO Jes Staley got a pay package of about $5.5 million.

Top partners at major law firms can earn anywhere between $3 million to $10 million, with compensation above that rare, according to compensation experts.

It is only plaintiffs’ firms—outside of what’s commonly thought of as Big Law—where partners are able to achieve higher compensation, driving home the point of how the Quinn Emanuel model has set the firm apart from its peers.

Yet, despite its growth and compensation figures, some partners said the firm still functions like a boutique without a traditional management structure.

Quinn sits at the top of the firm’s hierarchy. He not only oversees small management details, but also how the firm spends its income, from real estate costs right down to travel expenses incurred by partners.

One partner, Susan Estrich, recalled that years ago she needed to hire a driver to take her from Los Angeles to San Diego to speak at a conference. She said she needed to get her bill—around $500—personally approved by Quinn.

Quinn graduated from Harvard Law School and started out as a deal lawyer at Cravath. But after a few years in New York, he packed it up. The museums and theater in New York were great, but he missed the outdoors of the West, where he grew up, he said.

In 1986, 10 years out of law school, he started Quinn Emanuel with a $160,000 loan from Dixie Savings and Loan. His goal was to create a law firm focused purely on litigation.

Over the years, Quinn has run what lawyers have described as an unusual work environment. Lawyers in separate offices are allowed to build their own practices, but across offices there is little cohesion. Some lawyers want to take on cases that result in high profits while others are interested in ones that are in the public interest, Selendy said in a June 2017 interview.

“There is frequently active dissent or disagreement” between lawyers, Selendy said, though he declined to share details. “That is what you would expect of litigators.”

At the center of it is Quinn, who decides how partners are paid—along with most everything else. Generally speaking, large law firms are comprised of a number of leadership committees that make such decisions.

“He determines everyone’s compensation, including his own,” said Carlinsky, the New York partner. “John has a formula that he has never fully disclosed that looks at a much broader criteria than just business generation.”

Quinn objected to the publication of any compensation figures, although didn’t dispute the accuracy of those cited in this story.

Quinn said that he makes compensation decisions only after soliciting input from partners in a formal comment period. He also allows any partner to dispute his or her proposed figure in an appeals process that goes to three of the partner’s colleagues, who can side with or against Quinn.

“It’s not like I have the ability to do anything I want,” said Quinn, noting he is happy to be overruled. “My partners are not shrinking violets. I am told all the time they disagree with me.”

HAVES AND HAVE NOTS

Whatever disagreements are had, the resulting compensation gap illustrates a firm of the haves and have nots.

While top partners have been paid well north of $10 million a year, according to people inside and outside of the firm, other more junior partners are paid in the hundreds of thousands, and junior staff are paid five figures. Lawyers work at offices without the fancy art or amenities one would expect at an established Big Law firm.

Estrich, the Quinn Emanuel partner, acknowledged the disparity of wealth. But she said the firm tends to hold onto lawyers who are not as productive as others, rather than conducting layoffs.

“We keep people who don’t make partner and want to stay as of counsel,” she said. The firm staffs 57 of counsel, according to the firm’s website.

By comparison, Skadden, which is more than twice as large at around 1,700 lawyers, has 38 of counsel.

As for its financial institutions practice, Coffee, the Columbia Law professor, said Quinn Emanuel can remain strong by capitalizing on emerging areas of litigation. He sees future lawsuits over Bitcoin fraud and expects the firm will continue to team up with federal agencies, such as the Federal Deposit Insurance Corporation, to pursue fraud claims against banks.

The topic of how litigation is changing is also on Quinn’s mind. He brought in two outsiders to speak to his lawyers at their annual retreat in mid-December: Brad Karp of Paul Weiss and Joe Petrosinelli of Williams & Connolly, though Quinn declined to comment through a spokeswoman, who said the panel was off the record.

Whatever happens at his firm, Quinn said he has no plans to retire and sources said there is no succession plan in place.

Periodically, Quinn said, the firm’s partners vote to decide whether to keep him in charge of deciding partner compensation, and they “overwhelmingly vote” yes every time.

Email biglawbusiness@bloomberglaw.com with feedback about this article.