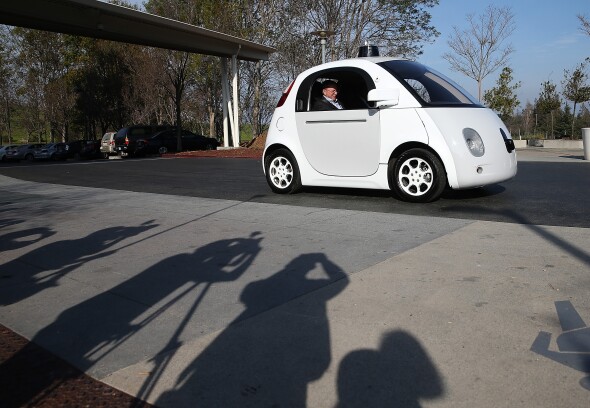 Vehicle to vehicle (V2V) communications are developing swiftly, but raise a host of questions about data privacy. Foley & Lardner attorneys examine issues and explain how the immutability of blockchain-associated data helps guarantee that the IoT associated with the V2V is safe and that criminals cannot redirect traffic, steal vehicles, or cause massive accidents.

As we adapt to intelligent devices and prepare ourselves for the world of self-driving cars, a myriad of technology and legal issues should be considered. For example, have you ever given any thought about how V2V (Vehicle to Vehicle) communications may impact your privacy? Can using blockchain help alleviate some of that concern?

Many of us don’t realize that the whole notion of V2V communications means that the internet of things (IoT) is smack dab in the middle of the equation.

The Federal Trade Commission estimated that there are currently more than 8 billion IoT devices, and that number is expected to increase to about 20 billion in the next year. Despite that, the U.S. and individual states have yet to determine how to manage privacy laws to protect consumer data in these IoT systems, and individuals are frequently giving away their personally identifiable information without considering how external parties may use that data. And a lot of that starts with artificial intelligence.

Connection With AI—An Unregulated Mess Controlled By a Few Companies

Most folks had no idea that AI even existed until 2009 when IBM’s Watson won Jeopardy. Since then, we’ve seen other companies incorporate AI into their products and advertise it as if it were a straightforward, easily-understood solution.

But AI is not so simple. AI engines require a myriad of data sources to machine-learn experiences, and it’s that learning that ultimately creates big data. This begs the question: is there anything inherently wrong with big data? Maybe, since there are no laws requiring data aggregators to verify any of the data they collect.

For more than 10 years, the FTC has closely monitored big data to try to protect privacy, but has failed to find an effective solution. In addition, most people seem ambivalent to the cause. Since we have an open government, data aggregators can purchase public information including court records, real estate transactions, and all kinds of material that may seem innocuous on its own but, when merged for use, creates big data that has no formalized governance.

While we may all take it on faith that the data you give the apps on your cell phones, tablets, and IoT devices is not really used for any specific purposes, alas—that’s not the way things are. What we may be missing is that BIG DATA is used to educate the AI engines, which leads us back to V2V!

Big data is used to educate AI engines. When enough of those engines are brought together and programmed as needed, you’ve created V2V communications.

A Possible Solution to the Madness …. Immutability of Blockchain

Blockchain is a public, distributed, data system that is essentially powered by its users as opposed to a centralized system (e.g., Oracle, SAP, SQL databases), so that each block of data is locked down and connected with the next block, which helps assure blockchain users in the security and integrity of the block of data.

Blockchain is based on a patent issued in 1979, so its technology is hardly new—but its array of potential uses is. And when Bitcoin— which is built on blockchain—was introduced in 2008, it placed blockchain front and center in our daily news.

How does blockchain fit to V2V? The immutability of the blockchain-associated data helps guarantee that the IoT associated with the V2V is safe and that criminals cannot redirect traffic, steal vehicles, or cause massive accidents.

Who Is Leading the Blockchain-V2V Movement, If Anyone?

The MOBI community is relatively large and includes IBM, Accenture, GM, BMW, Ford, Honda, and many companies. We should all hope that consumer privacy will be a critical part of the efforts of MOBI.

What You Need to Know to Make V2V Blockchain Successful

There are some specific things you can do to help make sure that your use of V2V is a success for your business:

Peter Vogel, of counsel at Foley & Lardner, limits his practice to representing governments and major corporations around the world who are buyers and seller of information technology and internet services including cybersecurity and cloud. His practice includes negotiating contracts and trial on disputes regarding the failed software implementations, intellectual property, and eCommerce business operations.

Chelsea Hilliard is an associate at Foley & Lardner, where she focuses her practice on high-stakes business disputes in a range of industries and regions.