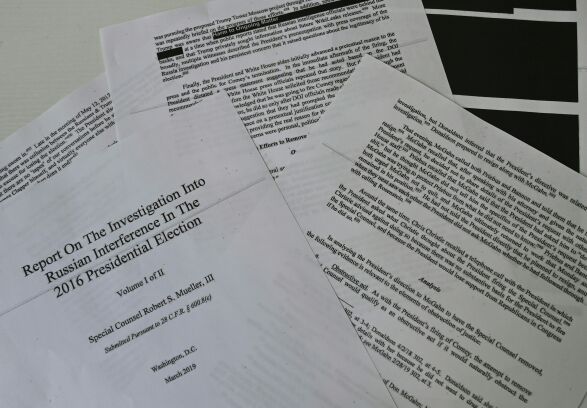 Three Baker Donelson attorneys, all formerly with the DOJ, take a look at the unique roles of two attorneys who advised President Trump, as outlined in the Mueller Report—and how it portrays two pictures of how lawyers should or should not protect clients.

The recently published Mueller report is a source of many insights, but easily overlooked are the report’s revelations about the unique role of attorneys in the fabric of society.

The oft cited phrases “officer of the court” and the “duty of candor” take on a whole new meaning when the person getting the advice is one of the most powerful persons in the world. A closer look at the way the two lawyers were portrayed in the report shows two pictures of how lawyers should or should not protect clients.

Michael Cohen was a former executive president of the Trump Organization and served as counsel to Mr. Trump prior to his presidency. Report Vol. 1 at p. 53.

Cohen was specifically identified as a target of the Special Counsel’s investigation, was interviewed on numerous occasions, testified before Congress, and was eventually convicted of providing false testimony to Congress. Cohen was portrayed in the report as a one-time close confidant of President Trump who later became a cooperator with the special counsel.

As the report notes, Cohen’s role as a legal advisor to President Trump occasionally failed to meet the typical expectations of an ethical lawyer. One of the specific instances described by the special counsel was of Cohen’s being contacted by media outlets in 2017.

In another instance, the report notes that Cohen admitted giving false information to Congress to “give the false impression that the project had ended before the first presidential primaries, and shut down further inquiry into Trump Tower Moscow, with the aim of limiting the ongoing Russia investigations.” Vol II at p. 142.

According to the report, Cohen was specifically concerned with inadvertently contradicting statements made by President Trump.

In both instances regarding Cohen, the special counsel pointed to conduct where Cohen acted to protect his client, but where he did so in a way that involved misleading the audience of his communication.

The report also points to actions by Don McGahn. McGahn was the White House Counsel to President Trump, serving in a role that was more official than the role filled by Cohen, but still a position that had significant influence on the President. Similar to the discussion of Cohen, the report describes a number of specific actions by McGahn, but two instances reveal how the special counsel viewed McGahn’s legal role.

First, the report sets out a sequence of events when the President inquired about whether to fire FBI Director James Comey and, during this time, the President was considering communicating with Comey, despite McGahn’s counsel.

The investigation revealed that the President had attempted to reach Comey directly, apparently aware that “McGahn would not approve of the outreach to Comey because McGahn had previously cautioned the President that he should not talk to Comey one on one to prevent any perception that the White House was interfering with investigations.” Vol II at p.59.

In a second situation, Special Counsel Mueller pointed out that, in June 2017, President Trump directed McGahn to instruct Acting Attorney General Rod Rosenstein that Mueller, in his opinion, had conflicts of interest and should step aside or be removed. As the report notes, McGahn refused the guidance, and offered to resign in lieu of following through with the President’s request. Vol. II at p. 86.

In each of these instances, the report portrays McGahn as resisting actions requested by his client or, if outright refusal was not an option, offering to resign. As a result, to date, McGahn has avoided personal adverse consequences. Meanwhile, Cohen has pled guilty to providing false testimony to Congress.

Looking at the conduct of these two lawyers, it is helpful to consider relevant governing rules. While this is not an exhaustive list, several rules are clearly pertinent to the actions of Cohen and McGahn.

Under Model Rule of Professional Conduct 1.2(d), “A lawyer shall not counsel a client to engage, or assist a client, in conduct that the lawyer knows is criminal or fraudulent, but a lawyer may discuss the legal consequences of any proposed course of conduct with a client and may counsel or assist a client to make a good faith effort to determine the validity, scope, meaning or application of the law.”

Furthermore, under rule 4.1, a lawyer shall not knowingly make a false statement of material fact to a third party. Commentary to this rule explains that a lawyer can avoid being part of fraudulent or deceitful conduct by a client by withdrawing from the representation. Rule 1.2(d).

While an evaluation or application of these ethical rules was outside the scope of the report, the report was written in a way that guides an easy evaluation of each attorney’s conduct. While this article does not make any conclusions about Cohen or McGahn, readers can reach their own conclusions, and, hopefully, use these scenarios for other training opportunities.

Whether intentional or not, the Mueller report gave useful examples of lawyer conduct, and displayed how critical a lawyer’s respect for justice, knowledge of the model rules, and commitment to fairness really is. In the cases of McGahn and Cohen, it may have significantly impacted the outcome of the investigation.

Joe D. Whitley is a shareholder with Baker Donelson in Atlanta. He is chair of the firm’s Government Enforcement and Investigations Group and represents clients nationally and internationally in white collar criminal matters, regulatory enforcement and corporate internal investigations. Prior to joining the firm, Whitley held several prominent positions in the DOJ, including Acting Associate Attorney General.

Thomas H. Barnard is a shareholder with Baker Donelson in the firm’s Baltimore office. He is a former Assistant U.S. Attorney, military prosecutor and military defense counsel with more than 20 years of government experience.

Jonathan Biran is a shareholder with Baker Donelson in the firm’s Baltimore office. Prior to private practice, he was a federal prosecutor for more than 17 years, including serving as Assistant U.S. Attorney for the District of Maryland and the District of Connecticut. He assists companies and individuals who are under investigation by government entities, or who have been sued or charged by prosecutors or other regulators.