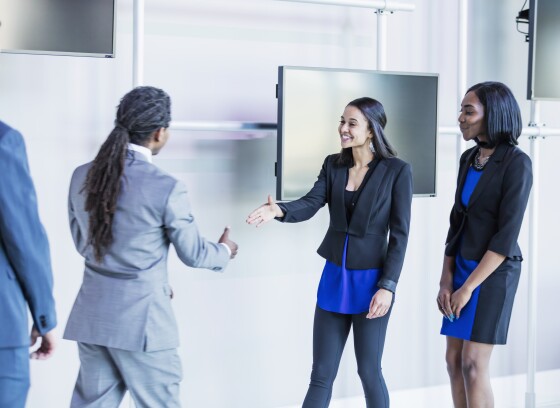 Don’t judge a book by its cover. This is the lesson taught by parents and teachers for generations.

In life and in the workplace, however, studies show that we have an innate tendency to judge people by physical attractiveness—a propensity to subconsciously assume that attractive people possess other desirable traits, such as intelligence and honesty.

While no federal law explicitly prohibits personal appearance discrimination, some state and local laws now provide additional protection in this area. The anti-discrimination statutes in the District of Columbia and in Madison, Wisc., both include “physical appearance” within their lists of protected categories. See D.C. Code §2-1401.02(22); Mad. Gen. Ord. §39.03(2)(bb). Moreover, New York City recently issued guidance addressing issues of discrimination on the basis of hairstyle, and California is poised to become the first state to prohibit discrimination on this basis.

Absent a specific state or local prohibition, employees who claim appearance-based discrimination must assert a link to some protected class to secure statutory protection.

Recently, discrimination based on traditionally black hairstyles, such as dreadlocks, cornrows, and afros has gained attention. The NYC Commission of Human Rights issued enforcement guidance emphasizing that discrimination based on natural hairstyles is a subset of race discrimination. According to the commission, NYC law protects “the right of New Yorkers to maintain natural hair or hairstyles that are closely associated with their racial, ethnic, or cultural identities,” including “locs, cornrows, twists, braids, Bantu knots, fades, Afros ...” Enforcement Guidance on Race Discrimination on the Basis of Hair, at p. 1.

Accordingly, black hairstyles are protected racial characteristics because “they are an inherent part of Black identity.” Id. at pp. 6-7. The commission further emphasized that “bans or restrictions on natural hair or hairstyles associated with Black people are often rooted in white standards of appearance and perpetuate racist stereotypes that Black hairstyles are unprofessional.” Id. at 1.

While acknowledging that some employers may have valid health and safety concerns, the commission stressed that these should be addressed through non-discriminatory measures such as a hairnet, hair tie, or some other safety accommodation rather than a request to change hairstyle.

Similarly, California will soon be the first state to protect against discrimination based on natural hairstyle. On June 27, California’s state assembly unanimously passed the Crown Act (Creating a Respectful and Open Workplace for Natural Hair). It returns to the Senate, which unanimously passed it in April, for concurrence on amendments. The Crown Act will make it illegal for California employers to discriminate against individuals based on their hair. It is designed to protect those who wear natural or protective hairstyles like braids and dreadlocks and combat the stereotype that black hair is unprofessional.

The federal courts, however, have taken a different approach. EEOC v. Catastrophe Management Solutions, 852 F.3d 1018 (11th Cir. 2016), involved Chastity Jones, a black woman with dreadlocks, who was offered a customer service position. The offer was withdrawn when she refused to change her hairstyle. The company cited its grooming policy, stating that dreadlocks “tend to get messy,” and are contrary to a professional image.

In affirming dismissal of the complaint, the Eleventh Circuit held that Title VII only prohibits discrimination based on immutable traits. According to the court, since the complaint did not assert that Jones’ dreadlocks were an immutable characteristic of black people—only that they were culturally associated with the black community, dismissal was proper. Id. at 1030.

Appearance-based discrimination can also be characterized as a form of sex discrimination or sex-stereotyping. Sex-stereotyping claims had their genesis in Price Waterhouse v. Hopkins, 490 U.S. 288 (1989), a case involving a female manager who proved sex discrimination when she was denied a promotion to the partnership because she was not considered stereotypically feminine. The decision-makers had advised Hopkins that she was too aggressive and needed to “walk more femininely, talk more femininely, wear make-up, have her hair styled, and wear jewelry.” Id. at 235.

When it comes to actual dress and grooming codes, however, federal courts have upheld these codes—even when employees are required to conform to gender stereotypes—provided that such codes do not impose “unequal burdens” on men and women. Such gender-specific rules have included requiring short hair for men and make-up for women. See Jespersen v. Harrah’s Operating Company Inc., 444 F.3d 1104 (9th Cir. 2006) (policy requiring female beverage servers to wear makeup held not to be discriminatory, “[t]he material issue under our settled law is not whether the policies are different, but whether the policy imposed on the plaintiff creates an ‘unequal burden’ for the plaintiff’s gender.”).

Some state and local governments, however, have stepped in and enacted legislation that expressly prohibits discrimination in the areas of dress and grooming codes. The NYC Commission on Human Rights has adopted enforcement guidance emphasizing that the city’s non-discrimination law prohibits employers from requiring dress codes or uniforms or applying grooming or appearance standards that impose different requirements based on gender. See Enforcement Guidance on discrimination on the Basis of Gender Identity or Expression: Local Law No. 3 (2002): N.Y.C. Admin. Code § 8-102.

There is no question that employers who allow gender-based stereotypes to affect employment decisions or impose gender-based grooming codes risk violating anti-discrimination laws. Employers must stay abreast of the laws in the jurisdictions in which they do business and ensure compliance in this area.

Some suggestions to assist employers in meeting their legal obligations follow.

Review and revise handbooks and grooming policies. Remove requirements for or references to specific hairstyles. While standards designed for safety and security are typically upheld, restrictions based on customer preference or corporate “image” may be suspect. Employers should consider modifying policies to include gender-neutral language, and if dress is mentioned, the focus should be on professionalism, neatness, and cleanliness.

Before adopting sex-specific standards, employers must ensure that such standards are lawful in the jurisdictions in which they conduct business. At a minimum, in accordance with the EEOC’s position, employers that maintain different gender-based standards should allow employees to choose the style of dress that comports with their gender identity.

Grant necessary accommodations. Employers have a duty to accommodate employees who are unable to adhere to appearance standards due to a sincerely held religious belief or a disability. Employers should be prepared to engage in the interactive process and consider a host of potential accommodations. There are no magic words needed to trigger an employer’s duty. Communication is critical, and individual requests and needs should be carefully and fairly considered.

Train staff. Managers and human resources staff should be trained on how to properly communicate with employees, handle requests for accommodations, and prevent biased attitudes from impacting their employment decisions. Furthermore, all employees should be trained to respect diversity in the workplace and avoid making comments or engaging in behavior that shows or suggests discriminatory animus.

Employers that know the law, carefully craft their policies, and train their staff will be best positioned to avoid appearance-based discrimination claims.

Linda B. Dwoskin is special counsel in the Labor and Employment group at Dechert LLP, and is based in Philadelphia. Her practice includes both litigation and counseling on a wide variety of employment and labor issues, including all forms of discrimination, sexual harassment, disability claims, and the Family and Medical Leave Act.

Melissa Bergman Squire is an associate in the Labor and Employment group at Dechert LLP, and is based in Philadelphia. She focuses her practice on both litigation and counseling in all aspects of employment law, including discrimination and harassment, wrongful discharge, family and medical leave, and non-competition agreements.