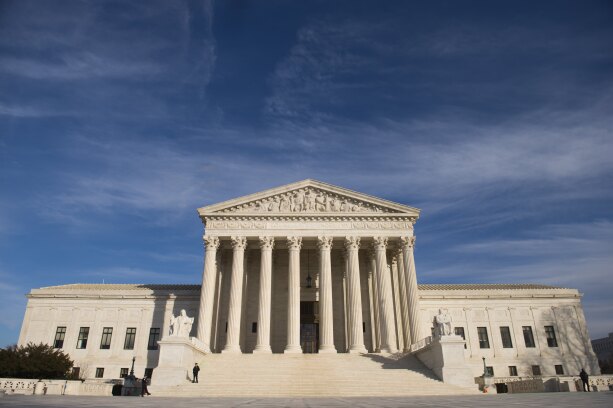 Jones Day attorneys learned today the Supreme Court will hear two of their cases next term, a coup for the Washington appellate practice.

Eleven other Big Law firms also found out today their clients will be before the justices next fall. The court granted 13 cases June 28.

Jones Day’s Shay Dvoretzky and Yaakov M. Roth are lead counsel in two separate cases. Dvoretzky is a Supreme Court veteran—he’s argued 10 cases at the high court and today’s grant will be his second argument for next term—but Kelly v. U.S. would be Roth’s first argument there.

Blatt is the most experienced female SCOTUS advocate. She’s argued 37 cases before the court, including two this term. She is one of three women at Big Law firms whose petitions were granted, the others are Kirkland & Ellis’ Dale Cendali and Jenner & Block’s Lindsay C. Harrison.

This term, men argued more frequently than women at the Supreme Court podium, 153 to 32, during the court’s seven months of arguments.

Another rarity at arguments are associates arguing cases. Next term, however, Hogan Lovells associate Mitchell Reich, will face the justices in Rodriguez v. FDIC, Katyal confirmed in an email.

The case is about whether a parent corporation or its subsidiary owns a $4.1 million tax refund.

Reich, who is 32 years old, clerked for Justice Elena Kagan and D.C. Circuit Chief Judge Merrick Garland, and was the first openly gay president of the Harvard Law Review, Katyal said. Reich will be the fourth junior Hogan Lovells lawyer in recent years to have a chance to argue at the Supreme Court, he added. The other three are Dom Perella, Fred Liu, and Colleen Roh Sinzdak.

The other Big Law attorneys and their firms include:

- With assistance from Kimberly Strawbridge Robinson and Greg Stohr