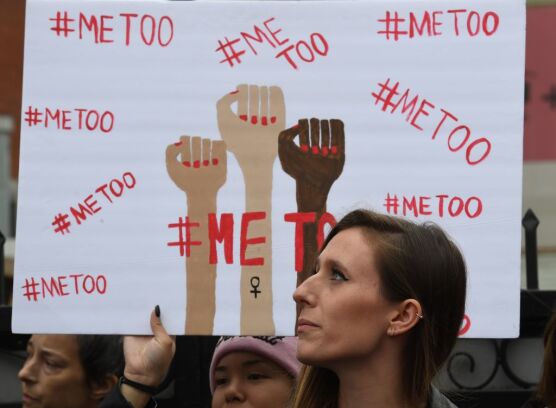 Victims of sexual harassment, sexual assault, sexual abuse and their supporters protest during a #MeToo march in California in 2017.
MARK RALSTON/AFP/Getty Images

A former Jones Day lawyer lost her fight to shield her identity in a proposed class lawsuit accusing the firm of systemic sex discrimination, court records show, marking the latest woman to be unmasked in the ongoing litigation.

The female associate was the final of six named plaintiffs who hadn’t revealed her name as part of the class action against Jones Day, which was filed in April. The U.S. District Court for the District of Columbia gave the workers’ counsel until Aug. 12 to amend the complaint in the case to include the female associate’s name.

The lawsuit, which seeks $200 million in damages, charges the firm with institutional bias against female associates in pay and promotions and claims that they were retaliated against when they become pregnant. The lawsuit is one of several ongoing class actions filed against major corporations charging gender discrimination and harassment, including several Big Law firms, in the wake of the #MeToo movement.

A recent Bloomberg Law analysis found that the number of plaintiffs who attempted to file anonymously in discrimination and harassment cases has been steadily increasing since 2015, and doubled from 2017 to 2018 across federal courts. The use of pseudonyms in employment cases is rare but courts weigh various factors to determine whether workers can proceed anonymously, including whether the case involves highly sensitive information.

Recent cases in which workers have sought anonymity include lawsuits against Morrison & Foerster, JetBlue Airways Corp., the Federal Bureau of Investigation, and Morgan Stanley.

In the Jones Day case, the women said they faced retaliation from other firms by using their names. The “Jane Does” argued they would carry a “scarlet letter” if they were unmasked. Jones Day said reputational harm “runs both ways,” since the employer being sued can’t hide its identity. Three of the women decided to come forward. It’s “time to do away with the stigmatization of women who challenge discrimination and harassment in their workplaces,” they said in a statement.

The final Jane Doe renewed her bid to keep her name secret for a little longer. Shielding her identity wouldn’t undercut the public interest in open court proceedings and was necessary to protect her from potential harm to her professional reputation and career opportunities should her name become known, she argued.

Jones Day countered that Jane Doe 4 failed to show the exceptional circumstances a court must see before it will allow a plaintiff to sue anonymously. The court apparently agreed with the firm Aug. 7, filing a sealed opinion and issuing a minute order directing the proposed class to amend its complaint.

(Updated to include additional reporting.)