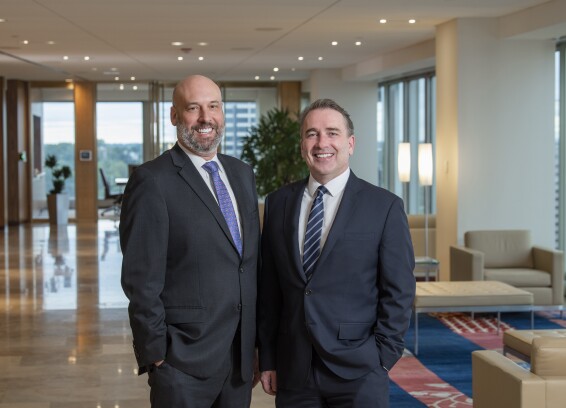 The new firm will become official Jan. 1, 2020, and will have nearly 400 lawyers in 14 offices across the U.S with its largest offices in the firms’ respective birthplaces, Minneapolis and Kansas City, Missouri.

According to the combining firms, Lathrop GPM would also rank at No. 140 on the 2019 Am Law 200 list based on gross revenue and No.113 on the National Law Journal’s 500 list based on headcount.

The two firms were first introduced to one another in March by Fairfax Associates’ principal Kristin Stark, but talks about a potential tie-up began in earnest in late May and early June, Lathrop Gage managing partner Cameron Garrison told Bloomberg Law.

A committee of five members from each firm was then formed to explore a possible combination.

“At each step of the way it just became increasingly clear that this was the right fit, both from a practice standpoint and from a culture standpoint,” said Garrison, who will serve as Lathrop GPM’s managing partner and chair of its 13-member executive committee.

Gray Plant Mooty managing officer Michael Sullivan Jr. will be the partner-in-charge of the new firm’s Minneapolis office and will serve as a member of its executive committee, leading the integration efforts.

Gray Plant Mooty is the oldest continuously operating law firm in Minneapolis, dating back to 1866. It currently has a bench of 155 lawyers across its offices in Minnesota, North Dakota and Washington, D.C.

Lathrop Gage was founded in 1873 in Kansas City, Missouri and has a roster of 239 lawyers in 10 offices across the country.

“Both are firms with strong Midwest presence, but also coastal presences and coastal talent,” Garrison said. Not only were their cultures compatible, but he said from a practice standpoint there was a chance to consolidate strengths, particularly in critical practice groups like corporate, litigation, wealth strategy and employment. All four groups are poised to double in size with the merger.

Garrison said there are also many practices that one firm does well and the other could leverage. He pointed to Lathrop Gage’s life sciences, intellectual property and policy holder practices and Gray Plant’s franchise practice and its work in the healthcare space.

“These are all things that the other firm looked at and said, ‘there’s a lot of opportunity here,’” Garrison explained. “This is something that we really could bring to our clients and really broaden the services that we provide to them.”

Lathrop Gage and Gray Plant Mooty won’t be the first pair of midwestern firms to announce a tie-up this year. Indianapolis-based Taft Stettinius & Hollister announced in late August it would merge with Minneapolis-based Briggs and Morgan to create a 600-lawyer firm across 12 offices.

After a sluggish first half of the year, law firm mergers in the third quarter of 2019 exploded, with 38 firms announcing tie-ups, according to Altman Weil’s Mergerline, which tracks mergers when they are announced. There’s still some way to go if law firms are going match their pace in 2018 when 106 law firm mergers were announced, the highest since 2007 when Mergerline began collecting data.