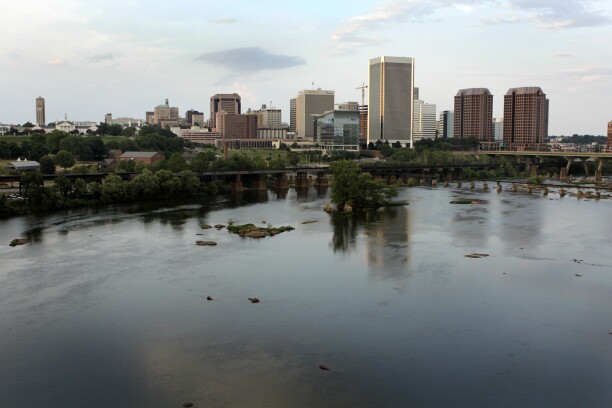 The Richmond, Va., skyline viewed from across the James River on July 23, 2014.
Photographer: Jay Paul/Getty Images

LeClairRyan’s joint venture with UnitedLex, called ULX Partners, has settled claims of gender pay discrimination filed by a former staff member, according to a federal court order in Virginia.

The Nov. 22 filing in the Eastern District of Virginia show LeClairRyan is poised to be dismissed from the litigation pending a filing on Dec. 6.

LeClairRyan filed for bankruptcy in September and is now defunct.

Marci Keatts, a former marketing coordinator and manager at LeClairRyan, sued the law firm and ULX Partners in July for gender discrimination.

Keatts alleged that she was paid “significantly less” than a male subordinate, which was part of a broader discriminatory pay scheme at the law firm.

Keatts claimed that rather than correct this disparity, she and other LeClairRyan staff were “rebadged” to ULX Partners, which continued to perpetuate the discriminatory compensation scheme.

UnitedLex and LeClairRyan publicly announced their venture in June 2018, where more than 300 administrative and legal support staff from the firm became employees of ULX but would then be “leased back” to LeClairRyan.

In its initial Chapter 11 filing, LeClairRyan said it owed roughly $8 million plus interest to ULX Partners for outstanding fees. More recent filings in its bankruptcy case, which was converted to Chapter 7, show that the joint venture as a secured creditor is owed more than $8.5 million.

Keatts’ lawsuit is the latest settlement of discrimination cases against the law firm. Earlier this month, a bankruptcy judge ruled that former LeClairRyan partner Michelle Craddock can collect a $1 million award she won in a 2016 gender suit.