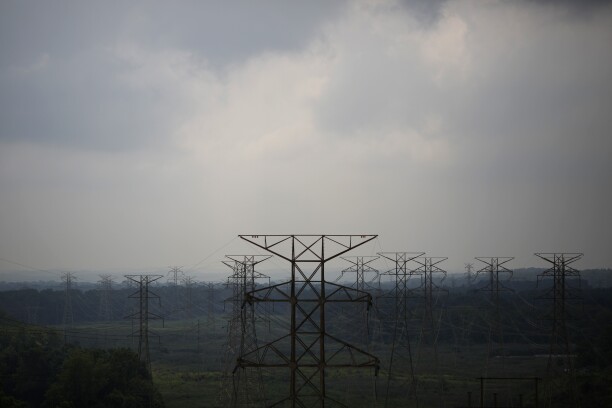 A man seriously injured in a boating accident won his U.S. Supreme Court personal injury case April 29—for now, anyway—in a dispute over whether a government-owned corporation supplying electric power to millions of Americans is immune from suit.

Justice Elena Kagan’s short, unanimous opinion rejected the Tennessee Valley Authority’s broad claim of immunity but sent the case back to a lower court for further review of whether a more limited type of immunity might apply.

“The federal government today is involved in far more activities that used to be primarily private and plays a bigger role in various markets than ever before,” said Sisk, the Laghi Distinguished Chair in Law at the Minneapolis school. “As the federal government becomes more involved in such activities that parallel the private sector, the doors of the courthouse will open more widely as well for those who are harmed by the government’s conduct,” he said.

The decision “makes it more likely that quasi-governmental Federal entities can be sued by private entities for wrongs or harm that they cause,” said Dorsey & Whitney LLP, Minneapolis, partner Alex Hontos. Quasi-governmental entities will now “have a harder time relying on sovereign immunity as a defense,” he said.

Federal law says the TVA, created during the Great Depression to promote economic development in the Tennessee Valley, may “sue and be sued in its corporate name,” Kagan’s opinion notes.

Her opinion goes on to reject the government’s argument that the TVA “remains immune from all tort suits arising from its performance of so-called discretionary functions.” The Federal Tort Claims Act waives immunity from suit for federal agencies but carves out an exception for claims based on a federal employee’s performance of discretionary conduct.

The TVA’s sue-and-be-sued clause contains no discretionary function exception, Kagan wrote for the court. Instead, the TVA is subject to suits challenging any of its commercial activities.

So the TVA is in the same position as a private corporation supplying electricity, Kagan wrote, emphasizing that it might still have immunity from suits “contesting one of its governmental activities, of a kind not typically carried out by private parties.”

The justices sent the case back to the U.S. Court of Appeals for the Eleventh Circuit, which previously endorsed the broader immunity claim, for further review of whether more limited immunity applies to the TVA, which Kagan describes as “something of a hybrid, combining traditionally governmental functions with typically commercial ones.”

The dispute arose when Gary Thacker and his wife, Venida, sued the TVA for negligence after he and another man, Anthony Szozda, riding in a boat on the Tennessee River were struck by a conductor while crews attempted to raise a partially submerged power line in 2013. Szozda was killed.

Thacker argued at the high court that the TVA was engaging in commercial activity, and, therefore, it shouldn’t get immunity. Whether that argument prevails in the end will become clearer after the Eleventh Circuit rules in the case after its return from the Supreme Court.

But for now, at least, Thacker’s attorney Taylor Rouse of Conchin, Cloud & Cole, LLC in Huntsville, Al., said they’re “extremely happy” with the decision. “Not only for our clients,” he said, “but for the millions of people that live in areas where the Tennessee Valley Authority operates.”

The Justice Department, which argued the case for the TVA at the high court, didn’t respond to a request for comment.

Kagan’s opinion gives instructions for the lower court on remand, telling it to first decide whether the TVA’s alleged negligent conduct is governmental or commercial in nature.

If it’s commercial, then the TVA can’t invoke sovereign immunity. If it’s governmental, then the court could find an implied limit on the sue-and-be-sued clause, but only if it finds that prohibiting this type of suit is necessary to avoid “grave interference” with that governmental activity’s performance, Kagan wrote, citing a prior high court case.

Bernard Bell, law professor and Herbert Hannoch Scholar at Rutgers Law School in Newark, N.J., said the decision clarifies the standards for sue-and-be sued entities asserting sovereign immunity, and does so “in a sensible manner.”

But he said it “also creates questions by requiring courts to distinguish the commercial and governmental functions performed by sue-and-be-sued entities.”

The line between commercial and governmental function, Bell said, “may not be quite as clear as the Court appears to believe.”

—With assistance from Tripp Baltz

To contact the reporter on this story: in Washington at jrubin@bloomberglaw.com