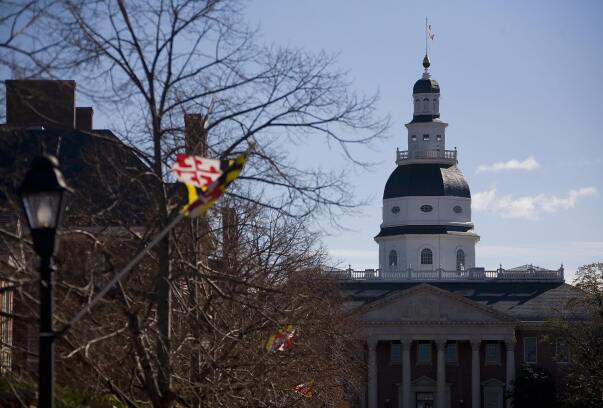 A Maryland attorney who failed to show up for hearings for clients, mismanaged funds, and urged a client to lie to the bar counsel investigating his conduct will no longer be allowed to practice law in the state.

In 2013, Sanderson didn’t show up to court to represent a client on “three potentially incarcerable traffic offenses,” the court said. The judge in charge of the case filed a complaint against him with bar counsel. Sanderson agreed to be monitored by an another attorney for several years because he had violated his duty to competently represent his client.

During this monitoring period, however, the bar counsel received four complaints against Sanderson, which resulted in several bar counsel investigations and findings by the court.

These included failing to promptly deliver settlement funds to a client, a violation of his duty of competence and diligence, the court said. Sanderson also didn’t inform the client he received the funds, in what the court deemed to be a violation of the duty to communicate.

The court said Sanderson didn’t provide his client with a signed agreement for their alleged contingency fee arrangement and violated his duty to safeguard her property by failing to maintain her funds in trust account until earned.

Sanderson also violated state law regarding client funds, the court added, because he “engaged in a practice of making numerous impermissible cash disbursements from his attorney trust account,” resulting in the account becoming underfunded “on several occasions with its balance falling into the negative.

Finally, Sanderson asked the client to lie to the bar counsel if contacted to be a witness for his disciplinary hearing, according to the court.

Another client filed a complaint against Sanderson when he didn’t respond to the client’s requests to confirm the date and time of his removal hearing. Sanderson never showed up for the hearing and the judge ordered the client removed.

The court found that Sanderson failed to act with competence and diligence in his representation of the client because he didn’t keep him informed or respond to his requests.

In another incident, Sanderson called a social worker who testified at a hearing for one of his clients a “bitch.”

The court found that he acted in a manner “that negatively impacts the public’s perception of the legal profession.” It rejected Sanderson’s argument that, in some instances like the “casual usage of racial epithets in hip-hop music,” derogatory terms can imply some level of respect rather than disdain.

The court called his comparison “inapt,” as his exchange with the social worker “in no way demonstrated any such level of respect.”

The court noted several aggravating factors in Sanderson’s case like his misuse of funds and failure to show up in court to represent clients, as well as his failure to respond to bar counsel during investigations into his behavior.

The court found no mitigating factors, and rejected Sanderson’s contention that he was depressed and abusing alcohol throughout the time period.

“We determine that he failed to adduce sufficient evidence linking any alcohol abuse or depressive disorders to his deficient performance and grievous professional failings as an attorney,” the court said.

Sanderson “engaged in a widespread pattern of misusing client funds, failing to properly maintain records associated with his attorney trust account, and engaged in conduct which has the potentiality to bring the profession into disrepute,” the court concluded upon ordering him disbarred.