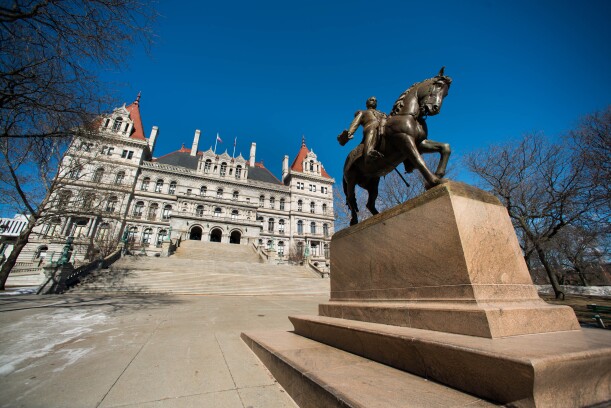 The New York State Bar has updated its social media ethics guidelines to include more case law and to be a quick resource for attorneys using social media on how to avoid ethical pitfalls.

Attorneys should use social media but need to understand that nothing is ever really private, and they should think before posting or tweeting, said Ignatius A. Grande, co-chair of the state bar association’s Social Media and New Communication Technologies Committee.

Inappropriate posts can lead to attorneys getting fired from their jobs or even getting sanctioned or disciplined by their state bar, Grande said.

But the problem is that online tools “defy easy definitions,” said Scott Malouf, a member of the committee and an attorney who advises lawyers on how to use social media to help their clients’ cases.

The guidelines attempt to address this conundrum in the section on attorney advertising.

The section on attorney advertising and communications is helpful because it’s very difficult to draw the line as to when a posting crosses over into advertising, Malouf said.

A LinkedIn account, for example, can be found to be attorney advertising but it all depends on what an attorney posts. A profile containing basic biographical information like education and employment history isn’t advertising, a New York ethics opinion said.

It can be challenging to find the right balance between a wholly personal social media account probably not subject to advertising or solicitation rules and an account with an occasional post or communication that might be perceived as an attempt to generate business, Malouf said.

The sections also notes that the American Bar Association in 2018 revised its professional conduct rules on advertising to include communications about a lawyer’s services through any media. Even though New York hasn’t adopted this rule, it’s a resources for states to use, the guidelines said.

The guidelines also use recent cases to illustrate how social media use can influence a lawyer’s practice.

The guidelines also add new content on the duty of technological competence; online research of juror social media use; and juror misconduct.