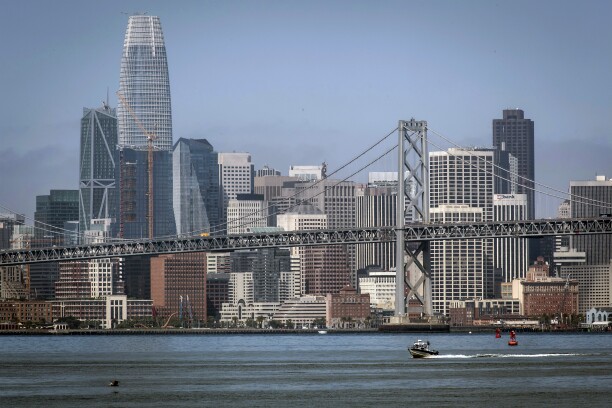 The San Francisco skyline is seen from the Port of Oakland on July 5, 2018.
Photographer: David Paul Morris/Bloomberg via Getty Images

Much-ballyhooed alternative legal services provider Atrium is restructuring away from legal work and doubling down on other professional services for startups and founders instead.

It’s a dramatic shift for the San Francisco-based company that is reportedly resulting in layoffs of much of its legal workforce.

The company launched in 2017 with a stated aim of serving startups for lower price points than traditional law firms do, by leveraging teams of Atrium lawyers and technologists working in tandem, along with automation of certain processes.

Atrium quickly sparked the attention of the venture capital community, with Andreesen Horowitz leading a group of investors that infused the young company with $65 million in a funding round announced September 2018.

However, Atrium co-founder and CEO Justin Kan said in a statement released late Monday that times have changed.

"(W)e’ve made the tough decision to restructure the company to accommodate growth into new business services through our existing professional services network,” said Kan, who made his name in Silicon Valley as co-founder of Twitch, a service that allows users to watch each other play video games online.

Kan said that Atrium’s attorneys continue to work on existing client projects, and that there will be no interruption of client service. The attorneys “will shift to have the option to become preferred providers in our professional services network,” he said.

Kan said a small group of “partners” will remain in-house at Atrium and will continue to serve clients by providing services including those around financing mergers and acquisitions.

According to Tony Wang, the former Atrium general and corporate counsel who left to form another legal services business last month, news of layoffs at the company came as “a complete surprise and shock.” He wrote in a Jan. 12 LinkedIn post that he received word over the weekend that “Atrium is undergoing an internal restructuring and that a large part of the legal workforce is being let go.”

“Many of my colleagues at Atrium were among the hardest-working, team-oriented, and forward-thinking individuals I’ve had the pleasure of working with,” he wrote.

According to a September report in Bloomberg Businessweek, Atrium offered startups a membership starting at $500 per month, which would give them access to an Atrium attorney, free consultations on new projects, and a software platform that automates simple legal tasks. The deluxe version of the package, according to Bloomberg, would run at $1500 a month, and work on more complex matters would be offered on a flat fee basis.

On a promotional video on its website, Elaine Vega, Atrium’s head of management ops, says the company “strives to be the premier law firm for startups.”

Says Kan in the video, “we try to make legal services transparent, price-predictable, and easy.”