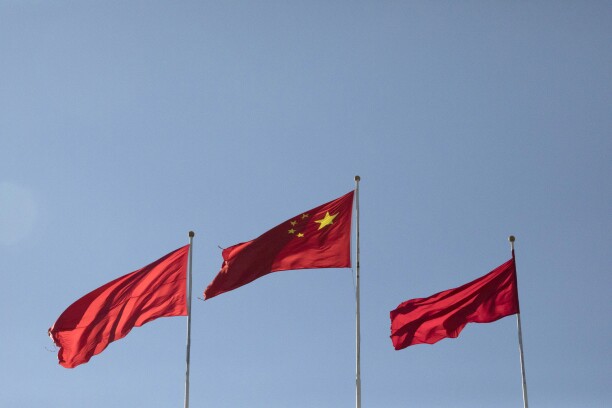 Flags fly atop the Great Hall of the People in Beijing on March 6, 2019.
Photographer: Giulia Marchi/Bloomberg

A New York attorney working with clients looking to invest funds from China in the U.S. had asked the committee whether it was acceptable to use the attorney’s escrow account to avoid direct payment from the investing client to a U.S. company.

“In our view, the inquiry proposes sham conduct that would involve dishonesty, fraud, deceit or misrepresentation,” the opinion said.

Four companies—two U.S. corporations and two Chinese corporations—sought to invest funds located in China in a project in the U.S. but the amount they wanted to invest exceeded what was allowable under Chinese currency controls, the committee said.

The committee concluded the goal of the proposed transaction using the escrow account “would be to disguise the true nature of the money transfers and deceive government authorities and counter-parties” , in violation of the ethics rule.

The committee decided not to weigh in on whether the act would violate Rule 1.2(b), which deals with helping clients engage in fraudulent conduct, or Rule 8.4(b), which deals with acts reflecting adversely on a lawyer’s fitness. The opinion said it declined because it’s not clear whether these rules extend to conduct illegal in another country.