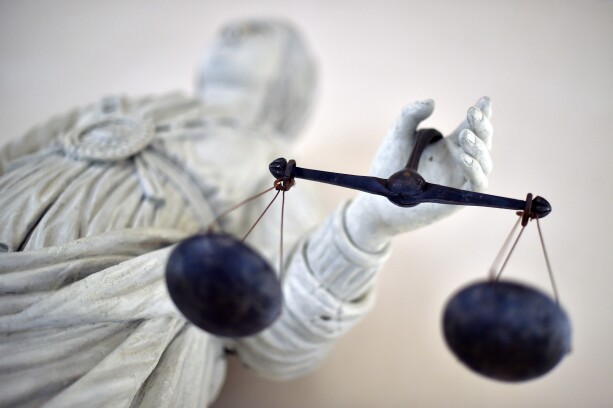 A picture taken on September 19, 2017, at a courthouse shows a statue of the goddess of Justice balancing the scales.
OIC VENANCE/AFP/Getty Images

Many lawyers are now reachable 24/7 thanks to smartphones, which makes it essential that they grasp the inherent risk in giving off-the-cuff legal advice, according to ethics-focused Big Law attorneys.

The lawyers speaking on a panel at Hinshaw & Culbertson’s Legal Malpractice & Risk Management Conferencein Chicago explained that a short phone call can actually lead to millions of dollars worth of legal woes for those who aren’t careful.

“Everyone wants to be responsive,” said John K. Villa, a partner with Williams & Connolly in Washington whose practice includes legal malpractice defense work.

But not everyone’s been sensitized to the risks of giving this kind of advice that’s perhaps not based on all the facts and research due to attorney providing it quickly, Villa said.

He provided a hypothetical: A company being investigated for money laundering asks its outside counsel what the risk is of doing a secondary stock offering.

The attorney says there’s nothing big happening, as there had been silence from the investigating authorities for quite some time, so he or she counsels the company to go ahead with the offering.

But then a whistleblower emerges and reveals all. And the company has to pay hundreds of millions in fines because it didn’t disclose that risk during the stock offering.

This could result in a massive claim against the company, Villa said, and it could all arise out of a 15-minute phone call.

Of course, in many of these instances, the advice given is the same as it would be if an attorney spent weeks analyzing the issue, said Villa.

But if the firm ends up getting sued based on advice given, the optics of a lawyer giving an answer to an important issue on the fly aren’t good, said panelist Michele A. Coffey, general counsel for Morgan Lewis & Bockius.

Coffey said she often hears attorneys say they fear that if they don’t give an answer right away to a client’s question, the client will go elsewhere.

Professional conduct rules say lawyers have to keep clients informed and they have to promptly comply with reasonable requests for information, Villa noted, but it doesn’t mean they have respond instantly.

Villa said he’d respond by telling the client that their questions are very important and would ask if they can give him a few hours. He would also provide the client with a written response.

It’s important to communicate to the client that any immediate response is being given with limited knowledge of the facts and little legal research and that the attorney can provide them with a more detailed memo in a little while, Coffey said.

The panel also discussed emerging issues in the area of informal client advice, such as the use of artificial intelligence. Villa said AI will continue to take a greater role in lawyer-client relationships including through its ability to analyze the chances of possible case outcomes.

This is not yet part of lawyers’ standard of care, “but it’s useful to consider,” Villa said.