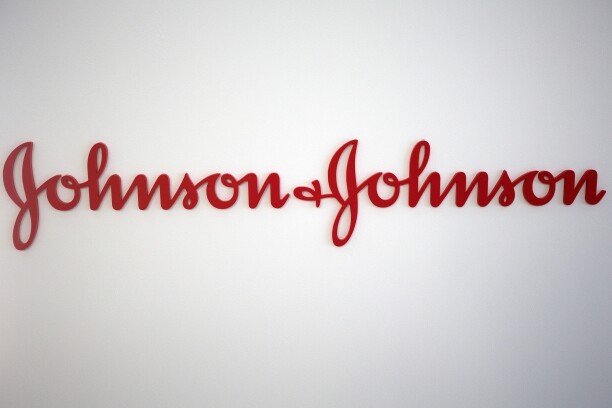 A patent attorney is using the False Claims Act to sue brand-name drug companies over extending their patent protections, potentially carving a new legal path for stopping big-brand drugmakers from keeping generics off the market.

The lawsuit uses a rare legal approach. An outside patent attorney, Zachary Silbersher, is alleging that Johnson & Johnson and its subsidiaries, Janssen Biotech Inc., and Janssen Oncology Inc., fraudulently obtained a “follow-on” patent for their prostate cancer drug, Zytiga. Follow-on patents extend an original patent for the same drug that’s slightly altered or delivered in a different form.

The alleged goal, according to the unsealed complaint, was to block cheaper generics—and then charge the government monopoly prices for Medicare patients taking the drug.

“Janssen stands by its decision to defend the validity and infringement of the relevant patent,” Janssen spokeswoman Michelle Larkin said.

This case appears to be the first in which an unrelated third party uses the False Claims Act, under the broader scope of the law, to go after a brand-name drug company. The FCA is more commonly used to go after doctors and health services who are alleged to overcharge the government under Medicare and Medicaid.

Historically, the person bringing a claim under the False Claims Act had to have worked for a specific company or bad actor and provided inside information about fraud. But a provision of the Affordable Care Act in 2010 expanded the definition to include people with independent—rather than just direct—knowledge of fraud.

In his role as a patent attorney, Silbersher came across multiple instances in patent and court filings in which he believed fraudulent patent extensions were being pursued.

“People paying for the drugs were being forced to continue to pay monopoly prices rather than having a generic version available,” Silbersher said. “I started identifying these instances. And I thought, ‘I’d like to do something about this.’”

If the suit is successful, it would set a precedent for brand drugmakers and “deter them from filing frivolous and meritless continuations,” said Karima Gulick, a California-based intellectual property lawyer. The suit was filed in December 2017 and moved to the U.S. District Court for the District of New Jersey in May.

Zytiga retails for as much as $10,000 a month and brought in revenue of nearly $3.5 billion for the company in 2018, according to Johnson & Johnson’s annual report.

The FCA component comes into play because the government is footing the bill for a lot of these prescriptions.

“Most of the patients taking Zytiga are going to be on Medicare. They’re going to be 65 and older,” said Nicomedes Sy Herrera, the lead attorney on the case. “Those billions are being charged to the government.”

A win under the FCA would yield a big payout for the government, even though though federal and state government officials haven’t signed on to the case. Under the statute, suits from individuals alleging that a government program is being defrauded—in this case, Medicare—can move forward without a government agency joining the case. The government can opt out of these cases for any number of reasons, including a lack of resources.

If successful, the plaintiff could win as much as 30% of any payout.

The lawsuit argues that Zytiga’s follow-on patent, which called for administering the original drug with the steroid prednisone, was rejected by the Patent and Trademark Office several times between 2011 and 2013 for being too obvious to patent.

It alleges that Janssen responded in June 2013 with “fraudulent and misleading” statements indicating that its proposed follow-on had enough market-share success to merit the patent office’s additional consideration.

The company won the follow-on patent in 2014, only to have it invalidated for being too obvious in 2018 by the Patent Trial Appeal Board. Janssen also lost a separate action later that year on the follow-on patent before the U.S. District Court for the District of New Jersey. Both cases were appealed to the U.S. Court of Appeals for the Federal Circuit, which upheld the invalidation in May 2019.

Over that multi-year period, Johson & Johnson and Janssen had a monopoly on Zytiga while the issue worked its way through the courts, Herrera said. That cost taxpayers money.

Tejinder Singh, a partner with Goldstein & Russell P.C. who is co-counsel with Herrera, said the chain of events puts the case “on very strong footing” because it supports the argument that the follow-on patent was not only invalid, but that the defendants knew it was invalid from the beginning, or were reckless in their pursuit.

“If we find success, I would expect that manufacturers will be much more careful in patent proceedings, and we would hope that it would lead to lower drug prices through the introduction of competition earlier via generic versions,” Singh said.

The case will likely be a long-shot fight, said Kevin Noonan, a Chicago-based patent attorney who is not involved in the case.

“I’m fascinated by it, but inequitable conduct is a hard thing to prove,” Noonan said. “It requires that you find a misrepresentation that was material, and by that, I mean it was the reason that the patent office granted the patent and they wouldn’t have granted the patent otherwise. And then the subjective piece was that they lied and they knew it.”

“I’ve never heard of it done before in this context,” he added. “It’s a clever way of doing it.”

However, “it would be an easier case if the government said, ‘Yes, we were defrauded,’” he said. The PTO declined to comment on whether officials believe it was defrauded.

In addition to the Zytiga case, Silbersher has brought actions against Valeant (now Bausch Health) over its ulcerative colitis drug Apriso, and against Allergan for its Alzheimer’s treatment Namenda. Both companies declined to comment.

Attorneys for Johnson & Johnson contend that Silbersher’s lack of “insider” knowledge and dependence on publicly available information bars him from filing a lawsuit under the FCA.

Silbersher’s “labor in compiling these facts and molding them into his fraud narrative does not render them any less publicly disclosed,” according to the defendants’ motion to dismiss with prejudice.

Silbersher’s lawyers point to the ACA’s provision stating that disclosures in civil or administrative trials can be used in FCA cases if the government isn’t a party in the suit. At this point, the government hasn’t intervened. That matters, because Silbersher is drawing on such court filings as part of the the Zytiga case.

“If you know about fraud, and you have an expertise to uncover it and nobody’s doing anything about it, we want to encourage people to stop the fraud,” Herrera said. “I think that’s what Congress recognized and tried to fix in 2010.”

A similar case filed against drug companies prior to passage of the ACA failed, in part due to the previously narrow definition of who could be an original source as well as the inability to rely on information disclosed in civil or administrative trials.

The City of Baltimore, Blue Cross/Blue Shield of Louisiana, and several other health and welfare funds filed four separate antitrust actions against Johnson & Johnson and Janssen following the unsealing of this FCA complaint. Those cases have been transferred to the New Jersey district court.

Herrera said he anticipates his case will soon be coordinated with those antitrust cases on the timing of discovery and other pretrial actions.

To contact the reporter on this story: in Washington at vbauman@bloomberglaw.com