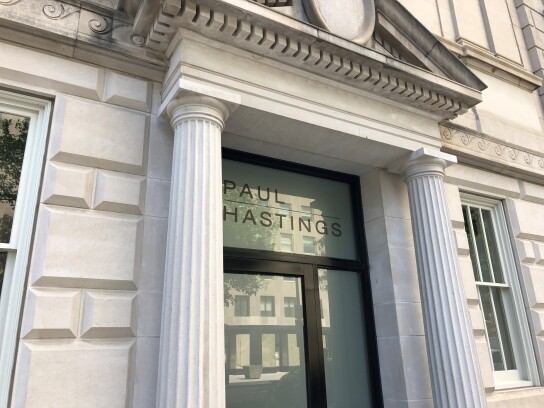 Paul Hastings is expanding its entertainment and media practice into Europe, tapping attorney Stephen Saltzman to relocate from Los Angeles to London and lead the charge.

Saltzman, who is chair of the firm’s Asian entertainment and media practice, will continue in that role while the practice group makes new European inroads.

The move comes as China restricts certain overseas mergers and acquisitions, and Chinese investors are seeking entertainment and media opportunities in Europe.

“We are seeing a continued shift in interest by many media and entertainment clients towards transactions in Europe, with Chinese clients in particular looking to the region for content and partnership opportunities,” Saltzman said.

“I’m spearheading something for us as a team,” he told Bloomberg Law. “We already do cross-border work in the U.K. in content and investment, and have European production companies as clients.”

He said he would be building on that, and noted that “we do have plans to add to the team in Europe.”

Paul Hastings bulked up its entertainment practice last spring with the addition of Saltzman and four other entertainment partners from Loeb & Loeb, and opened a new office, its 22nd, in the Century City area of Los Angeles.

At the time, the head of that new office said the firm had been eyeing a media and entertainment expansion for several years and wished to grow Paul Hastings’ presence in the sector.

Paul Hastings’ media and entertainment work has included advising on a syndicated loan to Sonar Entertainment, a major independent television production company operating in the U.S., Canada and the U.K. The firm also worked on French proceedings involving EuropaCorp, a leading independent film studio in Europe.

Craig Emanuel, the global chair of the entertainment and media practice, said in a statement that the London move would strengthen the firm’s work for Europe and Asia clients and “establish a gateway for our U.S. based clients who have business in Europe.”