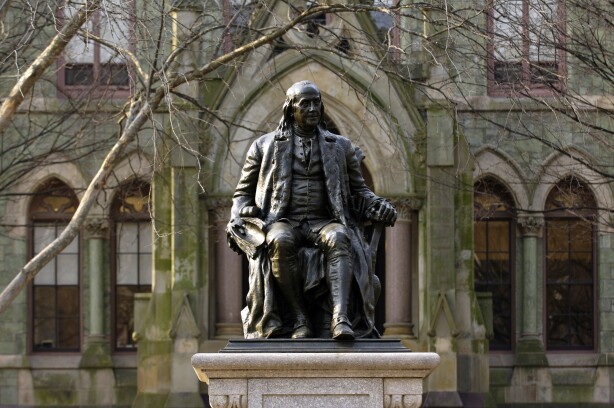 Penn Law Dean Ted Ruger has said tenured Professor Amy Wax’s recent remarks on race were “repugnant to the core values and institutional practices” of the university, but she said she is not planning to leave the school despite widespread calls for her to step down from teaching.

Students and alumni have called on the university to strip Wax of teaching duties after she reportedly said at a conservative political conference last week that the U.S. “would be better off with more whites and fewer nonwhites.”

Wax is taking a planned sabbatical for the upcoming academic year, according to a university spokesperson, but she clarified to Bloomberg Law in an email that she has “no plans” to leave Penn permanently.

Ruger previously said he was unable to comment on Wax’s statements because they had not yet been confirmed.

“After gathering more information and establishing the facts, I write now to emphasize how fundamentally the substantive views attributed to Professor Wax contravene our institutional values and policies,” Dean Ruger wrote in a public statement.

“At best, the reported remarks espouse a bigoted theory of white cultural and ethnic supremacy,” he added. “At worst, they are racist.”

Ruger noted in his statement that Wax’s comments are part of a larger pattern of behavior. “Past episodes have made clear that when Professor Wax speaks about race and culture, she does not speak for this institution or those who work and study here,” he wrote.

In 2018, Wax was barred from teaching a first-year course after saying she had never seen a black Penn Law student graduate in the top quarter of their class. In 2017, she co-authored an op-ed in which she wrote that the “cultural orientations” of certain groups, including “Plains Indians” “inner city blacks” and “some Hispanic immigrants,” are “destructive of a sense of solidarity and reciprocity among Americans.”