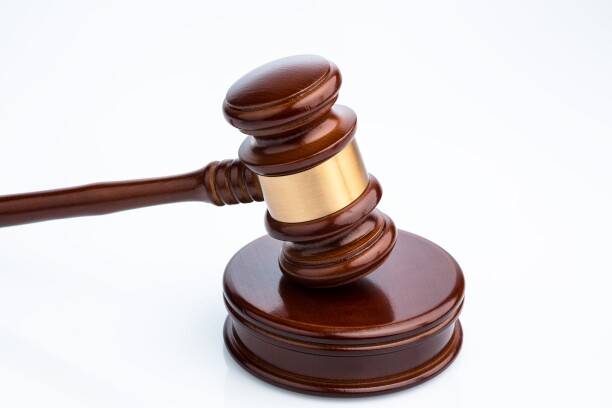 U.S. Tax Court Judge Albert G. Lauber is known for speed and willingness to tackle some of the court’s most complex cases.
Getty Images

Judge Kevin Carey had overseen the $13 billion Tribune company bankruptcy for three years before issuing his decision in the largest-ever media company reorganization in 2011.

He began his 125-page decision recounting in its entirety the fable of a scorpion who stung a fox while crossing a river on its back, thus ensuring they’d both perish, after promising he’d do no such thing.

“There is no moral to this story,” Carey wrote. “Its meaning lies in the exposition of an inescapable facet of human character: the willingness to visit harm upon others, even at one’s own peril.”

Carey, who announced plans to retire last week as one of Delaware’s six federal bankruptcy judges, has witnessed the manifold ways companies harm one another during 17 years on the bench. His nearly 200 cases in Delaware include subprime mortgage lender New Century Financial Corp. and retailers KB Toys and Filene’s Basement LLC.

He’s handled “some of the nation’s most complex bankruptcy cases with great skill and care,” Craig Goldblatt, a bankruptcy litigator with WilmerHale, Washington, told Bloomberg Law. “His calm demeanor, persistent kindness, quick wit, and steady hand will certainly be missed,” he said.

Carey’s most influential opinion came in 2003 when he rejected the reorganization plan for Exide Technologies Inc., which at the time was the world’s biggest maker of car batteries.

He first attracted wide notice as a visiting bankruptcy judge in Delaware with a decision on valuation methodology that proved to be one of his most influential. Carey rejected the company’s self-valuation of $950 million to $1.05 billion and ruled Exide was actually worth $1.4 billion to $1.6 billion.

He said the court should take into account the benefits of the reorganization and that weight could be given to the Chapter 11 debtors’ projected performance based on expert testimony, Robert J. Keach, co-chair of Bernstein Shur’s business restructuring and insolvency practice group, Portland, Maine, told Bloomberg Law.

“His ruling showed that all parties in interest—even junior stakeholders—can get a fair shake in the Delaware courts, and that insiders can’t unduly control the process as they see fit,” Stark said. This ruling stood out among the bankruptcy bar coming from a new, visiting judge from Philadelphia, Stark said.

Carey also stood out for the patience and respect he showed pro se claimants during the New Century mortgage case, said Keach, who represented a class of employees seeking to recover assets from a deferred compensation plan.

Those claimants weren’t represented by counsel and Carey patiently allowed them to state their claims, encouraging them to deal with their issues, Keach said.

Carey came to his interest in bankruptcy early during law school at Villanova while interning with a professor writing a bankruptcy textbook, he told the Federal Lawyer in a 2015 interview.

He clerked for U.S. Bankruptcy Court Judge Thomas M. Twardowski in the Eastern District of Pennsylvania and returned there as clerk of the court at the age of 27. He went on to practice bankruptcy law at firms including Blank Rome and Fox Rothschild in Philadelphia before joining the bankruptcy court in Eastern Pennsylvania as a judge in 2001.

He served as a visiting judge in Delaware and then joined the court in 2005 after Congress added four new judgeships. He served as chief judge from 2008 to 2011.

Carey has “incredible knowledge of Chapter 11 practice and understands the practical results of distressed debtors,” J. Scott Victor, founding father of SSG Capital Advisors, Philadelphia, told Bloomberg Law. Victor has known Carey since his days in private practice and has appeared before Carey many times in Philadelphia.

Carey’s influence on bankruptcy law extends beyond the courtroom, Chief Judge Jeffrey P. Hopkins of the U.S. Bankruptcy Court for the Southern District of Ohio said.

He has served a leading role in the Bankruptcy Policy Institute and the Turnaround Management Association, a global nonprofit of 9,000 turnaround and corporate renewal professionals. He also taught bankruptcy law at both St. John’s University School of Law in New York and Temple University in Philadelphia.

Carey, who turns 65 this year, didn’t respond to a request for comment about his future plans.

“He is leaving the bench but not retiring,” Una M. O’Boyle, clerk of the U.S. Bankruptcy Court for the District of Delaware, told Bloomberg Law via email Jan. 11. “I believe he intends to stay fully engaged in the industry,” she said.

— With assistance by Daniel Gill in Washington at dgill@bloomberglaw.com

To contact the reporter on this story: in Washington at ddavis@bloomberglaw.com