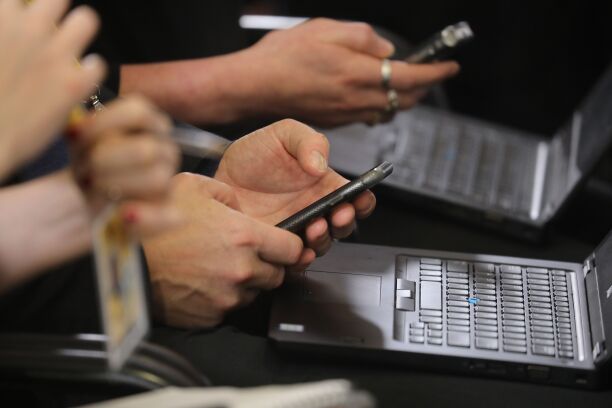 Journalists work with their cell phones and laptops during a press conference.
Photographer: Ludovic Marin/AFP/Getty Images

Sports blogging network SB Nation must face its writers and editors as a class in a suit alleging they were underpaid.

The U.S. District Court for the District of Columbia certified the class March 6.

Plaintiffs Cheryl Bradley, John Wakefield, and Maija Varda were former site managers for three different SB Nation websites, for which they monitored and reported the news on their assigned sports teams. They claim the company misclassified its content creators as independent contractors to avoid having to pay them a minimum wage and overtime pay.

The plaintiffs alleged that all site managers had similar responsibilities for their respective blogs, that Vox Media had a uniform policy of classifying them as independent contractors, and that each site manager has the same kind of claims for unpaid wages and overtime.

They also provided declarations that they were each subject to a similar “blogger agreement” and were paid on a monthly, flat-fee basis regardless of the hours they worked.

At this stage of the case, that’s enough to let the class action go forward, the court said.

Vox will have a chance to have the class decertified after discovery is complete.

To contact the reporter on this story: in Washington at bflood@bloomberglaw.com