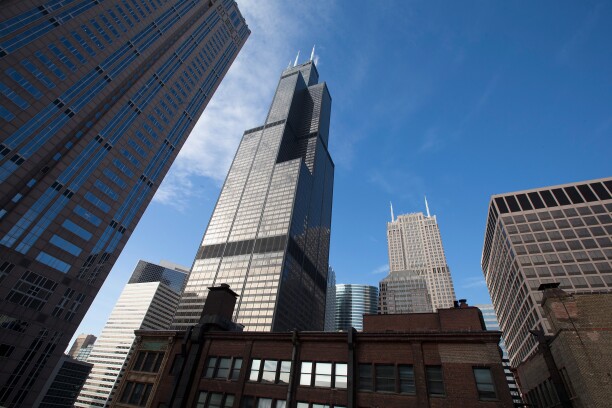 Sidley Austin has announced new office managing partners in Chicago as well as in Boston, where the firm has grown significantly since it opened its doors in 2013.

With the new leaders, seven of the 11 office managing partners in the U.S. for Sidley Austin will either be female or diverse.

Teresa Wilton Harmon will take over at the firm’s Chicago office May 13. She first came to Sidley Austin in 1993 as a summer associate, and moved through the ranks to become a partner in the firm’s global finance practice.

She helps clients with matters involving secured and unsecured loans, workouts and restructuring, and structured finance and securitization. Her practice also encompasses the Uniform Commercial Code.

She’ll replace Anne Rea, a prominent ERISA litigator, as head of that office. Rea is retiring this year.

Elizabeth Shea Fries stepped in as the firm’s Boston leader April 15. She replaces Bob Buhlman, who was the firm’s first-ever office head in the city.

Fries joined the firm in 2016 from Goodwin Procter and is part of Sidley Austin’s investment funds practice. She works with a range of financial clients on matters including structuring asset management and other financial businesses as well as financial services mergers and acquisitions.

Sharon Flanagan, the firm’s office managing partner in San Francisco, said that Sidley Austin has taken a “success begets success” attitude when it comes to promoting diverse attorneys, which in turn helps the firm recruit.

Fries will take the reins at a Boston office that opened just six years ago.

Boston has been noted as a growth region for many large national and international firms recently, as they tap into the city’s strengths in technology, healthcare and finance. This year alone, Orrick, Herrington & Sutcliffe and Morrison & Foerster have opened up Boston offices.

Sidley Austin’s outpost began with five lawyers working on securities and derivatives enforcement and white-collar matters but has since expanded to more than 30 attorneys in a range of practice areas including energy, investment management, life sciences, mergers and acquisitions and private equity.

“We were not looking to be full service, but we were looking to grow where we thought we matched very well with that market. We’ve had some pretty good success in building out several of those practices,” said Michael Schmidtberger, chair of Sidley Austin’s executive committee.

He and Flanagan said the Boston office is working on expanding its life sciences work.

Another broader focus for the firm over the last few years has been private equity.

Sidley Austin has invested in this area in a major way over the past few years, hiring groups of laterals from heavy hitters in the sector such as Kirkland & Ellis.

“A number of private equity partners at a number of different firms are seeing that there’s an opportunity here to do more for their clients,” said Flanagan.

To contact the reporter on this story: Rebekah Mintzer in New York at rmintzer@bloomberglaw.com

To contact the editor responsible for this story: at jcrawley@bloomberglaw.com