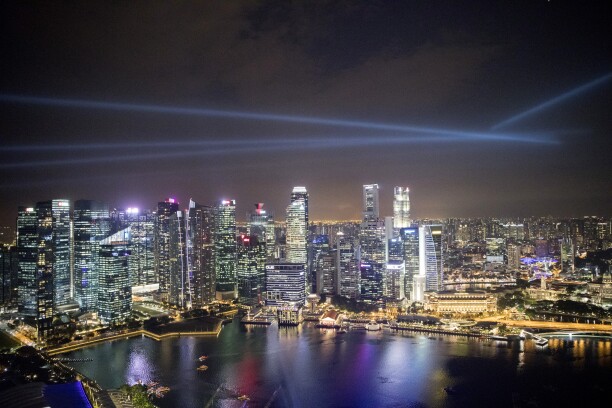 Commercial buildings in the central business district are illuminated at night in Singapore on June 13, 2018.
Photographer: Brent Lewin/Bloomberg via Getty Images

Squire Patton Boggs is launching a global commodities and shipping group with two new Singapore-based partners in an effort to augment the firm’s maritime and logistics practices.

Jessica Kenworthy and Barry Stimpson, who are joining from Reed Smith, head a group at Squire Patton that will focus on various aspects of trade and shipping, including corporate and regulatory matters, litigation, and assistance with transactions.

“This is an area in which we already have strong capabilities in London, Australia and the U.S. and with the addition of this team and future hires in the pipeline, we expect to very quickly ascend to become one of the premier firms in the commodities and shipping space,” Mark Ruehlmann, the firm’s chairman and CEO, said in a statement.

Kenworthy specializes in the financing of ships and complex commodities, and has handled commodity financing deals on behalf of trading houses, lenders, and multinational corporations.

Stimpson, Reed Smith’s Singapore office managing partner from 2016-18, has worked a quarter-century in international trade and shipping, handling both disputes and advisory work.