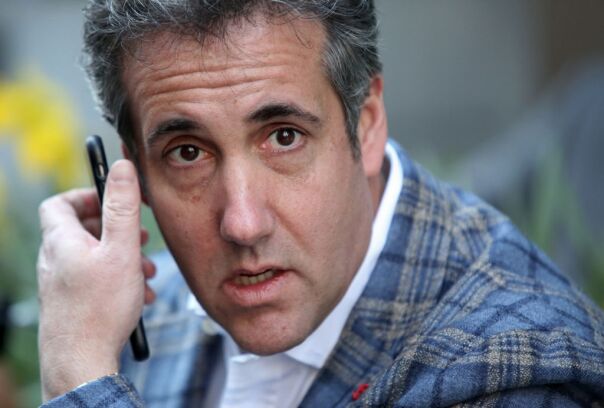 The rogue official supposedly spilled the Suspicious Activity Report out of concern that additional SARs related to Michael Cohen vanished from a government database, according to a May 16 New Yorker article.

The leaker told the New Yorker: “To say that I am terrified right now would be an understatement.”

“Particularly if it ends up that this person was wrong about his or her suspicions, I would not be surprised if this person gets prosecuted,” he said.

It “seems likely that in the current environment, an investigation into this leak will be pursued avidly” by the Justice Department, said Sandick, a member of his firm’s white collar defense and investigations team.

“There has to be a message sent that people in law enforcement who are in the position of possessing confidential documents that are statutorily protected don’t violate that confidence out of some misplaced belief they think they have to be a whistle blower,” Bachner said.

“A law enforcement person knows the proper avenues to take. The press is generally not the first choice,” he said.

The New Yorker reported that the leaker of records purporting to show that Cohen used a shell company to “receive payments from various firms with business before” the administration was a law enforcement official.

That official became alarmed when he or she couldn’t find other reports on Cohen’s financial affairs in a government database, the New Yorker reported. The official apparently was worried that the information was being withheld from law enforcement.

The Financial Crimes Enforcement Network, the Treasury unit that maintains the SAR database, suggests a potentially less nefarious reason that the official may not have been able to view the other SARs, a spokesperson told Bloomberg Law.

“Under longstanding procedures, FinCEN will limit access to certain SARs when requested by law enforcement authorities in connection with an ongoing investigation,” the spokesperson said.

The spokesperson stressed that “government employees and law enforcement personnel with access to the system are not authorized to publicly disclose SARs.”

The New Yorker article comes after the Treasury Department’s inspector general’s office said it was investigating the SAR leak.

Banks regularly submit the secret reports of suspicious financial activity, and Treasury keeps them in a database that law enforcement can access for investigations.

The government can use the reports to learn, for example, that certain bank records from a given time period may be relevant to a particular investigation. Official bank records the government subpoenas as a result of the SARs can then be disclosed in a criminal prosecution. But the underlying SARs wouldn’t be disclosed or likely even mentioned at all.

“Both the banks and the government have an incentive to maintain secrecy. And so I think that the rarity of prosecution isn’t because nobody cares, but because everybody cares,” Sandick said.

A reason SARs aren’t supposed to be disclosed is “so banks feel comfortable that they can report conduct without clients coming back to them and saying, ‘What are you doing?’” Bachner said.

Example: A Banker, not a Cop

A 2011 prosecution focused on a bank employee’s illegal disclosure. The employee, Frank E. Mendoza, tipped off the target of a SAR. He was convicted of unauthorized disclosure and bribery and sentenced to six months behind bars and fined.

Treasury said at the time it believed that Mendoza was the first bank official convicted of criminal charges for revealing a SAR.

But if the law enforcement official who leaked the Cohen SAR is ever prosecuted, that action could come under a different part of the unauthorized disclosure law.

Under a provision that applies to law enforcement, a government employee who knows about a SAR can’t disclose “to any person involved in the transaction” that it had been reported unless that somehow is necessary to fulfill the employee’s duties.

A successful prosecution might “depend on how narrowly” the law that applies to government officials is construed, Sandick said.

One could argue that the law enforcement leaker here has “indirectly made Michael Cohen aware of the SAR,” he said.

Sandick noted that Daniels’s lawyer, Michael Avenatti, had publicized the SAR. Avenatti has been a frequent guest on cable news touting the SAR disclosure and demanding Treasury release additional SARs.

Both Bachner and Sandick noted there could be further criminal exposure as well, including potentially for theft of government property.

Violating that law is a felony that carries a potential fine and up to 10 years in prison—unless the value of what’s at stake is under $1,000, then it’s a misdemeanor.

So a question then becomes “how do you measure the value” of the SAR? Sandick posited. That’s more easily calculated when a car is stolen, for example.

“You could make an argument that this secret information is quite valuable,” Sandick said. He pointed to United States v. Morison, a 1988 case from the U.S. Court of Appeals for the Fourth Circuit. There the appeals court upheld a conviction for leaking national defense information to the press.

Evidence of the SAR’s value here “could be that Stormy Daniels’s lawyer thinks it’s valuable to a lawsuit he’s filed seeking six-figure recovery,” Sandick said, referring to the suit surrounding the alleged hush money payment that made Cohen a household name in the first place.

To contact the reporter on this story: in Washington at jrubin@bloomberglaw.com

To contact the editor responsible for this story: at rlarson@bloomberglaw.com