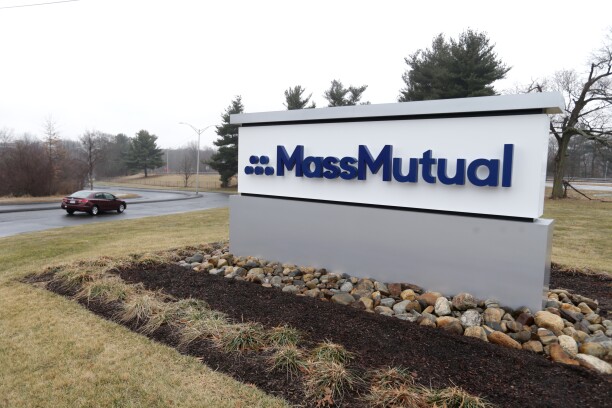 The entrance to the MassMutual offices in Enfield, CT.
Photo by Jonathan Wiggs/The Boston Globe via Getty Images

MassMutual and outside counsel Drinker Biddle & Reath took a collaborative data-based approach to apply “hybrid” alternative fee arrangements to the insurance company’s disability claims litigation work in a project that reduced legal spend by more than 12% per matter in its first year.

The pilot initiative began in early 2018, when Springfield, Mass.-based MassMutual selected Drinker Biddle as its national coordinating counsel for these types of claims after an in-depth request for proposals. The project has paid off quickly and earned MassMutual’s legal department one of ten 2019 Value Champion awards from the Association of Corporate Counsel, one of the leading global organizations for in-house counsel.

Both the law department and the partner firm say that developing their relationship involved taking risks, but it’s been worthwhile, not only for cost savings but for efficiency building. In its first year, the project, which also involved developing streamlined processes for handling disability claims litigation with outside counsel, cut matter duration in this area by 40%.

“It’s been evolving the way we intended it,” said Christine Juhasz, head of legal operations for MassMutual. “There’s a lot less hair-pulling on every side.”

The legal team’s program was part of a companywide effort that began in 2011, to engage in a “lean transformation” management philosophy that focused on cost savings through the elimination of unnecessary spend.

Of all the ways to reduce costs, including streamlining operations through legal technology, the insurance giant initially focused on the process it used to onboard and manage outside counsel.

The RFP sent out in February 2018, drew bids from five law firms, including Drinker Biddle. The firm had previously been doing related insurance-related legal work for MassMutual, and it submitted its bid with the hope this might provide a leg up, said partner Kate Villanueva, who leads Drinker Biddle’s life and disability insurance team.

“We were looking for a law firm that aligned with our thinking,” which included the company’s philosophy of continuous improvement, said MassMutual Head of Litigation David Allen.

A key part of Drinker Biddle’s three-year contract as national counsel for disability litigation was its agreement to a unique type of “per phase” alternative fee arrangement.

Through this arrangement, most matters are billed as flat fees. But because the complexity level of disability claims cases can vary greatly, said Juhasz, phases typically aren’t defined as whole cases, but rather as witnesses per case.

At the same time, pre-litigation maneuverings less often lend themselves to flat fees, so hourly rates can apply in those instances, she said.

When one side or the other misestimate the costs of finishing a matter, and overages or “underages” occur, a contractual “safety valve” is in place that allows the sides the adjust the amounts paid to more accurately reflect the work that was done. For example, over the first six months of the three-year contract, MassMutual had underpaid Drinker Biddle, but then rectified the error.

Villanueva, who acts as the lead Drinker Biddle contact for MassMutual, or as its “relationship partner” as she termed it, said a hybrid-style alternative fee arrangement is necessary, and that it has been working well.

“A very strict flat fee approach doesn’t work for either side,” said Villanueva, who said eight Drinker Biddle lawyers are integral to the MassMutual team.

The 12% savings per unit cost matches with MassMutual’s predictions for the project, according to MassMutual financial consultant Bill Denno.

That figure held through last year and has so far in 2019, said Allen—including a first quarter 2019 savings spike that ran to 20 percent.

The time savings have also been key, said Allen, because reining in costs can be an important way to deliver value to policy holders. Process improvements included streamlining litigation-related tasks handled by paralegals, he said.

Drinker Biddle has also made upgrades due to the partnership. It’s adopted standardized budget practices as a result of the MassMutual relationship, said Villanueva, and now uses budget-tracking software. Other process improvements, she said, have been reflected through streamlined staffing and responsibility delegation.

“Working through the process for MassMutual has made us stronger,” said Villanueva. “It’s enabled us to become more efficient in a number of ways.”