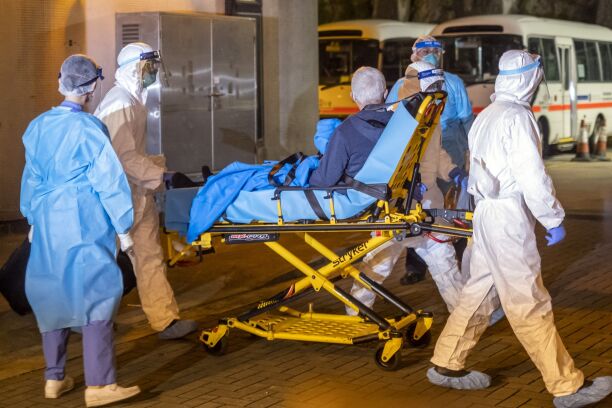 Medical workers in protective gear transport a patient believed to be a confirmed case of the Wuhan coronavirus at Queen Mary Hospital in Hong Kong, China, on Jan. 29.
Photographer: Justin Chin/Bloomberg

To contact the correspondent on this story: Rick Mitchell in Paris at rMitchell@correspondent.bloomberglaw.com