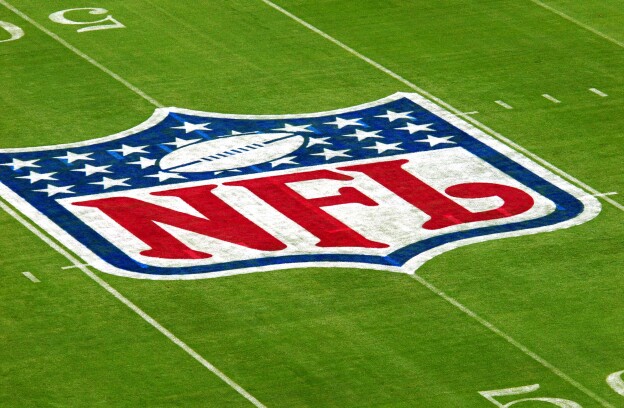 The NFL logo is seen after being painted on the field at Dolphin Stadium in Miami Gardens, Florida.
Photographer: Richard Sheinwald/Bloomberg via Getty Images

The disclosures to the U.S. Labor Department come as the NFL players’ union faces the possibility of a work stoppage in 2021, which could set up the union’s favorite firms for more billable hours.

NFLPA Executive Director DeMaurice Smith, a former Latham & Watkins partner, reportedly sent a letter this week to NFL agents advising players to plan for a work stoppage in 2021 that could last an entire year. The letter advised players to save half of their salary over the next two years, according to an ESPN report. The report said collective bargaining negotiations are in a “nascent stage.” 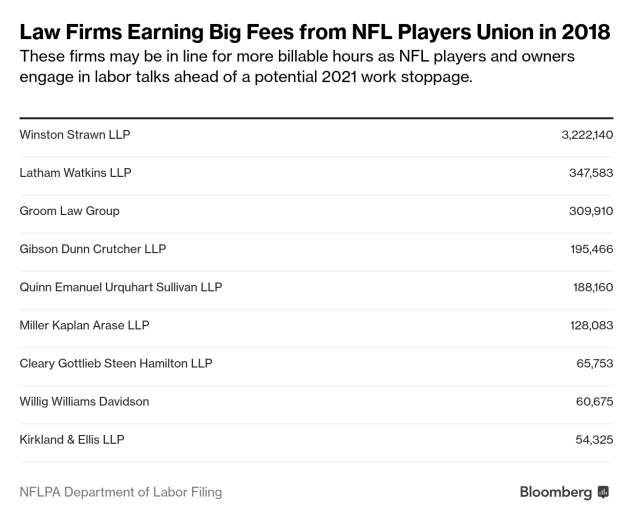 The NFLPA won’t be short on legal firepower when those negotiations reach the fourth quarter.

Winston & Strawn, which has ties to the NFLPA through its co-chairman and antitrust litigator Jeffrey Kessler, earned $3.2 million in legal fees from the union last year. That was the highest of any law firm. Latham & Watkins took home the second most fees at just shy of $350,000.

Winston and Latham did not immediately respond to requests for comment on their work for the NFLPA. An NFLPA spokeswoman declined to comment.

While the filing is short on specifics regarding the firms’ work, it does note that most of the fees were paid for matters related to the collective bargaining agreement.

Big Law litigators laid some hard hits on NFL owners to help end the NFL’s last lockout in 2011 shortly before any games were canceled.

Lawyers from Latham & Watkins and now defunct Dewey & LeBoeuf helped the NFLPA convince a federal judge that the NFL had been preparing for a lockout by renegotiating TV contracts to pay the league $4 billion in fees even if games weren’t played. Latham lawyers have said that ruling, which threatened to nullify the $4 billion worth of contracts, helped lead to players and owners signing the 2011 CBA that expires following the 2021 season.

To contact the reporter on this story: Roy Strom at rstrom@bloomberglaw.com