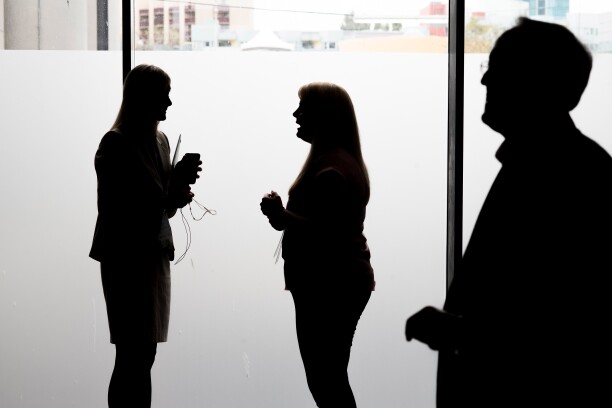 Top law firms are slowly increasing the ranks of female equity partners, but they are far from reaching parity, Working Mother said in its annual list of the “Best Law Firms for Women.”

On average, women make up 22% of the total equity partnership ranks at the firms on the list. Five years ago, 19% of equity partners at the “best law firms” were women.

“The biggest area in which law firms need to improve is moving more women lawyers into their firm’s group of the most highly compensated attorneys,” said Meredith Bodgas, editor-in-chief of Working Mother.

Among the 60 listed firms, the percentage of female lawyers in the ranks of the most highly compensated partners increased from 11% to 15% in five years.

“Men still vastly outnumber women in the most highly compensated groups,” Bodgas said. “As long as that continues, women will consider leaving their firms for better compensated opportunities.”

As a whole, law firms still struggle to retain female talent, according to Bodgas.

“Law firms need to better understand what exactly, in addition to compensation, is making their women lawyers leave, institute programs and policies that address those issues, and hold senior leaders accountable for women’s success,” she said.

The top 60 firms, which are not ranked within the list, offer extended parental leave benefits, encourage more lawyers to work remotely and use flexible hours, and offer reimbursements for egg freezing and other fertility procedures, according to Working Mother.

The firms offer an average minimum of 15 weeks paid parental leave. One unidentified firm on the list reported that attorneys on reduced schedules made up 33% of the new partner class in 2019, according to Working Mother.

This is the 12th year Working Mother has published a list of top law firms for women.

“Hall of Fame” firms, which have spent at least 10 years on the list, include Baker McKenzie, Debevoise & Plimpton, Dorsey & Whitney, Faegre Baker Daniels, Latham & Watkins, Morrison & Foerster, Sidley Austin, and WilmerHale, among others.

Morrison & Foerster is currently facing a lawsuit by former associates who allege they were pushed out of the firm after becoming mothers, and has touted its status as an “industry leader” for working mothers in its court defense.

The list was compiled in partnership with The American Bar Association Journal and used data from a survey administered by the Working Mother Research Institute.

The survey included more than 300 questions about attorney demographics, schedule flexibility, paid time off and parental leave policies, and development and retention programs for women.